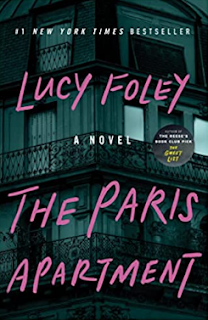 Book, television, and movie protagonists are a lot like real people—if I don’t initially like them, I will walk away, no matter how highly acclaimed they may be. Just such acclaim drew me to New York Times Bestseller Lucy Foley’s newest novel, THE PARIS APARTMENT. But I doubted I would warm up to the main character, Jess.

Firstly, I remembered how some reviewers of my book, SPELL FIRE, said they were glad they stuck with the book despite their initial misgivings about the heroine, a teen desperately trying to hide her obsessive compulsive disorder and depression from her warring parents.

Secondly, I was raised on Agatha Christie novels and I can’t resist a challenge. (I was delighted to discover Foley had employed a subtle homage to one of Christie’s most controversial books!)

THE PARIS APARTMENT is not for readers who eschew stories told from multiple points of view. Though I felt the author did an excellent job creating distinct characters, an intriguing mystery, and delicious plot twists. Agatha Christie would have been proud. 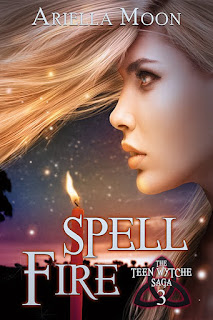 “Mental illness has a stigma attached to it and having such a character was risky. I fell in love with her the first time she washed her hands, and the 100th. Because, like may young adult books, it was written from our Ainslie's point of view it was like peaking into someone’s diary, almost. I am all smushy inside I liked this book so much!”