Heather Gray, author of Late for the Ball? and Mail Order Man is my guest host today. As I tackle the complexities of my YA series, The Teen Wytche Saga (Spell Check, and July release Spell Struck) I can identify with Heather's struggle to keep track of a growing cast of characters. 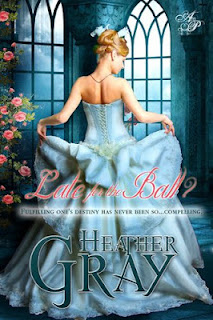 What makes an author write so many different types of stories?  I can't speak for every writer out there, but I can tell you a little bit about me.

I'm boring.  I'm ordinary.  I live the same hum-drum life every day.  I never think outside the box.  NOT!

I don't want my life to be boring or ordinary.  That doesn't mean I need worldwide fame.  It just means I go out of my way to embrace and celebrate everything that life gives me.  Even when those terribly impossibly difficult things come up, I still look for something that I can grab onto and say, "I will be happy about this one thing today!"  I don't always ace the test, but I try.

So how does that translate to writing?

Sometimes I'm a little melancholy, a touch serious.  I'm contemplating the more difficult aspects of life, the pain we each encounter.  And I'm moved to write something that honors that part of my life story.

Then there are days when I can't help but laugh.  At everything.  The absurd.  The ridiculous.  Even the monotonous.  Those are the days I delve into a romantic comedy.  On a day when I want to find humor all around me, what's better than writing characters who make me laugh out loud?

Or suspense…Okay, I have to admit, I love to read suspense, but I'm not very good at writing it.  There's a LOT of skill (in my humble opinion) that goes into writing an edge-of-your-seat story, and I'm not there yet.  I'm still learning.  I hope one day to wake up in the mood for a magnificent mystery…and to be able to sit down and write it myself!

The first book I wrote, Mail Order Man, was a challenge.  It's an inspirational pioneer romance placed in Idaho Territory.  After having lived there for nine years and then moving to the east coast, I missed Idaho.  I've always enjoyed historical books, so I thought that would be a great place to start.  By the time I finished the book, I met other characters who simply had to have their own stories told, and so a series was born!  The second book, Just Dessert, will be out later this year.

One of the biggest challenges I've faced in writing a series is keeping my characters straight.  I have to keep a master list of every character I mention – what they look like, who they're affiliated with, what they do for a living and more.  I've started work on the third book in the series, and it's bind-boggling!  I accidentally gave someone red hair who I'd previously mentioned as being blonde, and one minor character ended up with a different husband in this book because I got her husband's name mixed up.  Good thing I have that list to check everything against!  Maybe not every reader will sit there and compare each book against the others…but I want to keep my characters straight.

While keeping those minor characters straight is sometimes tricky in a series, there are also some aspects of it that are so fun!  Have you ever read a book and fallen in love with a small character that you felt didn't get their due?  I have!  When working on a series, I get to take each of those minor characters and further develop them as the series goes on, even allowing some of those people to get books of their very own.  It's rewarding, and I love it!

My second release, Late for the Ball?, is a short story.  I had the most fun writing it.  I was given a prompt, and I just started clicking away at the keyboard.  Of course, once I completed the story, I had to go back and layer in different aspects.  Pesky little things like motivation, character growth, intrigue, and the occasional adjective.  I was able to develop this story in a unique way that I've not yet been able to do on a larger scale.  I learned something magnificent, though – I am capable – and I can't wait to do it again!

Thank you for stopping by and allowing me to be a part of your day—it's an honor I don't take lightly!

Back Cover Blurb:
Fulfilling one's destiny has never been so…compelling.

Myra is cast aside by her parents, betrothed to a man she's never met, and forced into a life she never wanted. In the midst of it all, she finds herself strangely drawn into something she doesn't entirely understand.
The earl is mocking, demanding and entirely unwilling to break the betrothal.  He speaks in riddles, but by night's end, one thing is clear: He is not who he seems.

Follow Myra into a world of intrigue and hidden meaning. Will she unravel the mystery before time runs out?

Excerpt:
As she reached the top of the ostentatious entrance, the Ateliers' butler announced her to the throng. "Lady Myra Sedulous." His voice rang out across the ballroom as she entered. Her name wasn't generally important enough to warrant a deluge of attention. However, being late as she was, more than the normal one or two heads twisted in her direction. Not accustomed to this amount of notice, she made her way over to the refreshments. Myra moved swiftly to avoid conversation but kept her pace unhurried. She effortlessly carried off the look of graceful purpose so many debutantes strived for but failed to capture.
Myra was reaching for a glass of lemonade when a voice stilled her.
"You must be my betrothed." The words had the slightest accent. Myra tried but could not identify it.
Greek, perchance? If a man could sound both immovable and fluid at the same time, this man did. His voice was warm like a rich cup of chocolate yet chilly as the deepest days of winter. A thought flitted through her mind. Devour the chocolate or swear it off for life?
Myra turned to look at the man. Taller than any other at the ball, he was also broad-shouldered and fearsome in appearance. His hair was indeed darker than night. A deep olive color, his skin invited her to reach out and touch it. A shadow of growth covered his jaw, showing his utter disregard for the opinions of others. Determined to smile, she shifted her attention to his eyes and instead felt the corners of her mouth droop as their inky depths burned into her, making her feel transparent and bare. "And you are?" she asked, her voice quivering despite her best efforts to keep it steady.
The man had the gall to throw his head back and laugh. This was not, however, the laugh of a man meeting his betrothed for the first time. It sounded to Myra like the feral cry of a predatory animal. Surely prey about to be devoured could feel no less cornered than she did in that moment. "Why, I am the Earl of Allegory, of course. And you, my dear, are all mine." 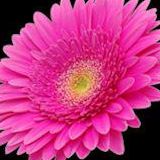