Rachel Jones Talks about Ballet and To Dance One More Day

Contemporary Romance author Rachel Jones is in the Spotlight today with
To Dance One More Day, her new release from Astraea Press.
Welcome Rachel! Thank you for allowing me to interview you. 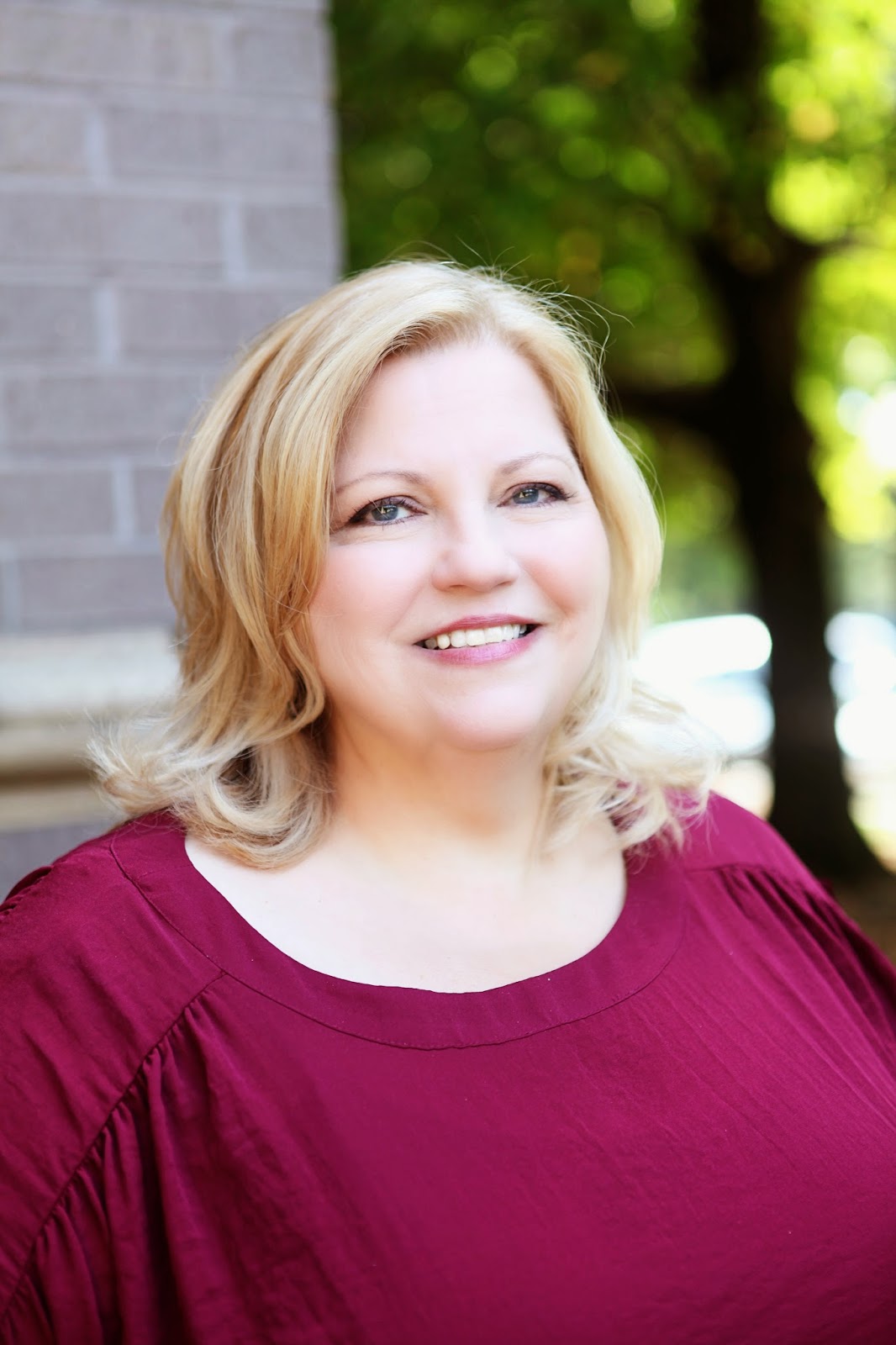 1. Your hero is a trauma surgeon. In what ways did your experiences as a registered nurse influence how you depicted Alan?
I took traits from different doctors I've worked with over the years and Alan was created.

2. Were you ever a ballerina?
Only in my dreams. My love affair with ballet began when my daughter started ballet lessons at age three.

3.  What was the most surprising thing you discovered while writing this book?
I am amazed at how I can be following a particular plot path and then find myself writing something totally unexpected, most times making the storyline better.

4.  When did you first know you were a writer?
I knew I had a flair for putting thoughts on paper when I was a music teacher over three decades ago. But the process of taking something I have created in my mind and intentionally sharing it with others didn't
happen until my late fifties, about two years ago.

5.  What books have influenced your life?
The Bible has been the blueprint for and the comfort of my life. When I was a child, I loved the Boxcar Children series. The stories fueled my imagination, along with my sisters and friends when we spent our summer playing outside. During my early teen years, I loved reading about Cherry Ames and her nursing adventures. Look at me now - I've been a RN for twenty-three years.
Gone With the Wind and Anna Karenina opened the world of historical fiction to me. I think my love of historical romances was a by-product of reading those novels. It has become a personal challenge to one day create my own historical romance, a reason to keep on going as I turn sixty this year.

To Dance One More Day 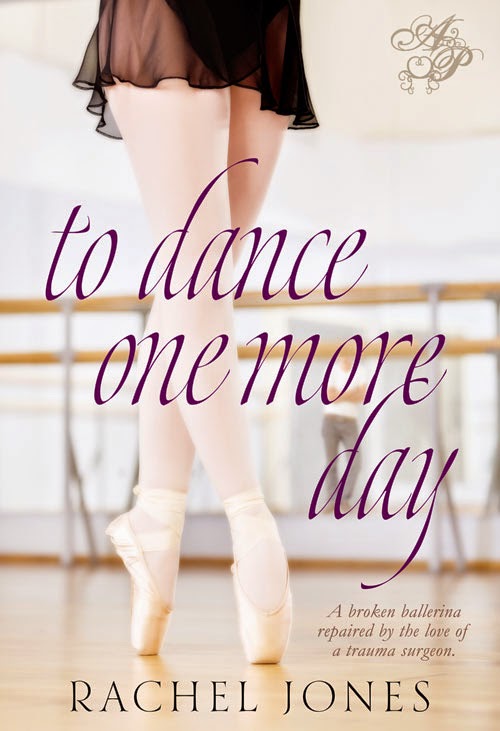 At age thirty-two, Jillian Russell has endured a life time of heartache. Alone in the world, she has also suffered the loss of her dance career. Redirecting her life, she opens the North Carolina Ballet Company. Intent on making it the go-to company for serious performers, she shuts down her personal life while she struggles to build her company into the success she envisions.
As far back as he can remember, trauma surgeon, Alan Armstrong has had a penchant for fixing things. Since his father’s death, the ambition to open a community clinic in a rural area on the eastern coast has directed his actions. Hopeful to prevent future deaths due to lack of medical care, he has made the clinic his top priority.


When Alan’s life intersects with Jillian’s, the connection they both feel is undeniable. As a new board member to her ballet company, Alan is eager to help solve the financial damage of lost federal funding. But he doesn’t stop there. He wants to help her build new relationships to chase the loneliness from her life. As they grow closer, secrets from their pasts cause them to be pulled apart. Will they be able to overcome their pasts to have a future together?

Excerpt
Jillian turned around and as she moved toward him, she tripped over a shoe left behind by someone. She lost her balance and with amazing timing, Alan broke her fall as he caught her by the shoulders. The heat from his hands spread through her body.
Pulling her upright, his hands lingered as he asked, “Are you okay? Your head almost collided with the edge of the bench and it wouldn’t have been pretty.”
Her breath caught in her chest. “Well, I guess my secret is out.” She giggled to hide her embarrassment. “I’m a klutz, except of course, when I’m dancing.”
“So, Ms. Klutz, are you sure you’re all right?” He guided her to sit on the bench. “You didn’t twist your ankle?”
His eyes pierced through her. She was not used to being so closely scrutinized and she felt she was losing control of the situation. One more flash of those dimples and she might cave.
“No, my ankle is fine. I’m good. So you said there was something you wanted to mention.” He must think I’m a klutz, first the water on his pants and now tripping over my feet. Looking up, she saw his eyes remained fixed on her.
“Are you sure you can’t skip rehearsal and go to dinner with me?” He removed his hands from her shoulders and reclaimed his seat.
“Somehow I think it would send the wrong message about professional obligations if I decided to cut rehearsal tonight.”
His head bobbed slowly up and down. He sighed. “Well, we can’t have that. So if you won’t lower your professional standards and go to dinner, I was wondering if you’d allow me to escort you to David and Ann’s wedding on Saturday.”
The question took her by surprise, but what a wonderful surprise! She sat without moving, her stillness rendering a statuesque appearance. The silence continued.
“It’s not a hard question. Just give a yes or no.”
Butterflies circled in her stomach. Her heart rate galloped and a seed of panic threatened to shut down her voice. On the one hand she wanted to go with him. On the other, she knew she shouldn’t.
Alan snapped his fingers in her direction. “Jillian — hello? Where’d you go?”
She focused her eyes on his handsome face. “Um, I’m sorry. My mind ran off on a little tangent about what dress I would wear. I’d love to go to the wedding with you.” She flashed a big smile and wondered how she could do such a horrible thing to him.

In 1977 Rachel earned her Bachelor of Arts degree in Music Education and taught music for ten years. After the birth of her second child, she returned to school and in 1991 earned her Associate of Applied Science degree in Nursing and passed the state boards for registered nurses. She has been a labor & delivery and antepartum nurse since that time.

Anticipating her retirement from healthcare, Rachel decided to write her first novel at age fifty-seven. For years she had experienced scenes of heroes and heroines rambling about in her thoughts and spilling into her dreams. So it was a no-brainer that she should attempt to capture these thoughts on paper.

Rachel resides in a suburb of Atlanta, Georgia with her husband of thirty-seven years. She has three adult children, who help spoil their Labrador retriever. She is a member of Georgia Romance Writers, Southeastern Writers Association and is a PRO member of Romance Writers of America.

http://www.pinterest.com/rjoneswriter/
Posted by Ariella Moon at 6:00 AM