The Spotlight on Summer Reading continues with: 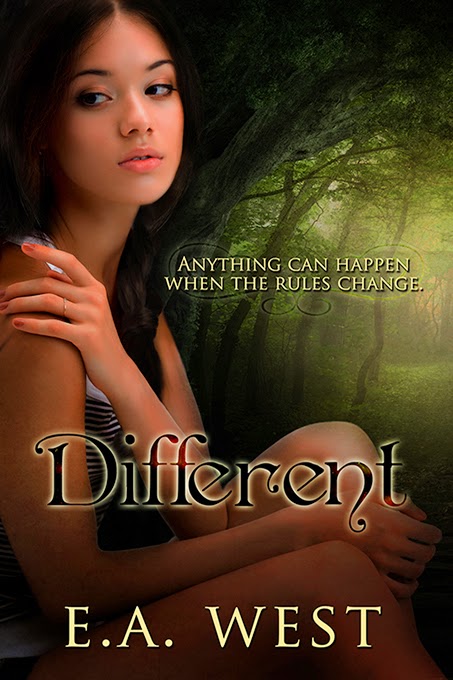 Anything can happen when the rules change.

Jezebel Smith is different. She can’t talk, she doesn’t look like anyone in her family, and no matter what she does it’s always the wrong thing. God accepts her for who she is, but He’s the only one who does. Then she finds an unconscious man in her favorite cave, and her life is turned upside down. New people and new rules collide with the old, leaving Jezebel unsure of which set of rules apply to her life. When the strangers in town attempt to help her out of the nightmare she’s grown up in, it promises to change her life forever.

The distant drip of water echoed off the rocky walls as Jezebel Smith wandered through her cave. Pungent fumes from her kerosene lantern stung her nose, and she wished for a flashlight. But her family would miss a flashlight. They never noticed when she took the old lantern from the barn.

Turning her face away from the lantern, she caught a whiff of the familiar scent of the rocks around her. She loved the fresh, earthy smell of her cave. Through countless hours of careful practice, her hiking boots barely produced a whisper on the bumpy path leading to her special cavern. If she swung the lantern on its creaky handle, however, she could fill the cave with a creepy echo that reminded her of Halloween.

She passed through an opening in the wall and entered a large cavern with several ledges in one end. As she approached the lowest ledge, the glow from her lantern touched an unfamiliar lump on the floor below the rocky shelf and she froze. She knew every inch of this cavern — every rock, ledge, and bump in the floor. No one ever came here. Nothing ever changed unless she changed it. The cave was the only thing she could count on to always stay the same.

This time, however, there was something new. The cave had broken its own rules, adding a boulder where one didn’t belong. She crept toward it, fighting tears of hurt that the cave would trick her like everyone else, and the golden light of her lantern revealed it wasn’t a boulder after all — it was the still form of a man. Her pulse pounded in her ears, so loud it threatened to drown out her own thoughts. Where had he come from? Why wasn’t he moving? Her heart skipped a beat. Was he dead?

Fear shivered through her that he was sleeping so much. One of her brothers had fallen out of a tree once and hit his head, and the doctor said they had to keep him from falling asleep for a while. Jezebel didn’t know if falling off a ledge and hitting his head made the man have to stay awake or not.

After worrying for a while longer, she finally decided she’d have to risk a beating from her parents and go get the doctor. She didn’t know if he’d come, but she had to try. Daniel was the only person to ever treat her kindly, and he needed help.

She put a couple more sticks on the fire so it would keep burning while she was gone, and then she lit the lantern and headed out of the cavern. As she neared the cave entrance, the flame went out. She slowed her steps and followed the faint glow of daylight. Hopefully the doctor had a flashlight. When she stepped into the woods, she set the lantern by the cave entrance and ran toward town. She practiced saying Daniel’s name while she ran, praying the doctor would come if she told him the injured man’s name.

As she neared the edge of town, she slowed down to catch her breath. She hesitantly stepped onto the main road, terrified at the thought of trying to convince the doctor to go with her. She’d learned a long time ago that no one believed her about anything, and since she couldn’t talk, people didn’t understand what she tried to tell them anyway.

A lot of strange cars and people clogged the main street through town, and Jezebel wondered who they were. Unless Reverend Brown was holding one of his many revivals,  the town rarely had many visitors. As she continued toward the doctor’s office, a woman carrying a stack of papers walked toward her with a smile. Jezebel stopped, her mind whirling with uncertainty, and the woman handed her a paper.

“We’re looking for this man. He went hiking in this area a couple of days ago and didn’t come back.”

Jezebel studied the sheet in her hands, and her heart skipped a beat. A picture of Daniel stared back, and some words had been printed across the bottom in black ink. She pointed to the photo. “D-Dan... Daniel.”

“That’s right, his name is Daniel,” the woman said, her tone changing a little. “Have you seen him?”

Jezebel nodded and looked back the way she’d come. “C-c-cave.”

She nodded again, excitement rushing through her. For the first time in her life, someone understood what she tried to say. She touched the photograph on the paper, indicating where the cut on Daniel’s head was. Before she could see if the woman understood, she heard her older brother spit out her name. She cringed and felt herself shriveling inside.

E.A. West, award-winning author of sweet and inspirational romance, is a lifelong lover of books and storytelling. In high school, she picked up her pen in a creative writing class and hasn’t laid it down yet. When she isn’t writing, she enjoys reading, knitting, and crocheting. She lives in Indiana with her family and a small zoo of pets.

Next: Tomorrow E.A. West will offer a guest blog debunking myths about autism.
Posted by Ariella Moon at 5:00 AM