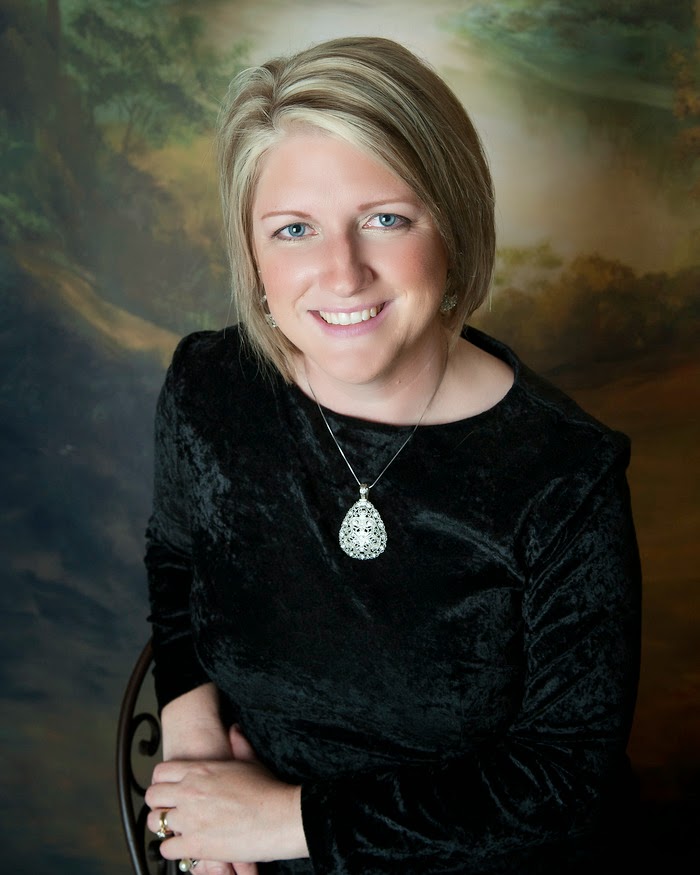 So many exciting things happened in March – not the least of which was receiving that magical “call,” or email in this case when Astraea Press offered a contract last week for book two TRAIL OF CROSSES in the epic Lost Colony Series.

Book one BREAKING TIES is based on real people and events. Narrated by Rose Payne the ship clerk who was simply trying to outrun a broken heart, it traces the last known whereabouts of a gutsy band of English pioneers – ninety-one men, seventeen women, and nine boys - who would soon become known as the Lost Colonists of Roanoke Island.

Book two TRAIL OF CROSSES tracks a remnant of these English colonists inland where they embark on a dangerous game of survival amidst warring tribes. In a region on the brink of explosive change, Jane Mannering and her ragtag outfit of brick masons and blacksmiths ride a mighty upheaval of centuries-old cultures. Will a newer, better nation arise from all the breaking, or will they descend into utter chaos?

For a quick and dirty summary of the latest Lost Colony archeological finds, click on this news article: http://dailym.ai/1cyaeOy.

BIO:
Jo is a mega reader of all genres and loves to indulge in marathon showings of Big Bang Theory, CSI, NCIS, and Castle. Her favorite books are full of rich history, Native Americans, and an occasional creature from the otherworld – dragons, vampires, and time travelers.
From St. Louis, Missouri, Jo moves a lot with her soldier husband. She has lived in the Midwest, the deep South, and now resides in Bavaria. Jo holds an M.B.A. and has served as a banker, college finance instructor, and high school business teacher. She is a member of Romance Writers of America and From the Heart Romance Writers RWA Chapter.
Jo writes historical and paranormal romance. She is currently writing a series published by Astraea Press, which is based on the Lost Colonists of Roanoke Island – one of the world’s most intriguing unsolved mysteries. 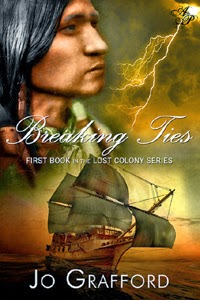 An intelligent woman ahead of her time, ROSE PAYNE'S world is shattered after a secret betrothal to the duke’s son costs her job as a clerk in his father's household. Without a letter of recommendation, Rose becomes an easy target for recruiters to the Colonies. Desperate for work, she signs up for a risky overseas venture and sails for the New World, vowing never again fall for a wealthy gentleman.

Returning from a diplomatic tour in London, CHIEF MANTEO is bewitched by the elusive, fiery-haired ship clerk and determined to overcome her distrust. He contrives a daring plan to win her heart – a plan he prays will protect her from a chilling conspiracy involving murder, blood money, and a betrayal of their fledgling colony so terrifying it can only be revealed in BREAKING TIES.


A cursed island – all who enter will be lost.

SPECIAL NOTE:
Based on real people and real events, Breaking Ties is the "rest of the story" of the Lost Colonists from Roanoke Island.

BLURB – TRAIL OF CROSSES, second book in the Lost Colony Series:
JANE MANNERING can shoot a rifle, throw a knife, and handle a sword as well as any Englishman. However, she is no match for the red-painted warriors who ambush her section of the Colonial caravan the moment they beach their rafts on the shores of Virginia.

During a forced march inland, Jane plots their escape, sketching hasty maltese crosses along the trail – the pre-agreed upon signal of distress should they become separated from the main party. All the while, she fumes over what interest their captors could possibly have in a spinster like herself and her rugged band of brick masons, sawyers, blacksmiths, saddlers, and cutlers.

When CHIEF WANCHESE intercepts them at the crossroads of the Great Trading Path, Jane’s worst fears are realized. It’s a pity the handsome devil happens to be the most ruthless and feared tribal chief in the region. Engaging his attentions was certainly never a part of her escape plan.

Sometimes murder isn’t as messy, up-close, and personal as many people imagine it to be. Sometimes it is distant and impersonal – as simple as crossing a line through a name on a sheet of paper. Or one hundred and fifteen names in our case.

“Yer bum’s hanging out the window!” My brother banged his empty mug on the inn table. He ran both hands through his hair, as red as my own, standing each flaming lock on end.

My lips turned up despite the heaviness in my chest. It felt good to hear him lapse into the Gaelic brogue of our childhood. “Och, Donnen!” I reached across the table to clasp his large hands and grimaced at the stench of salmon and sweat hanging in the air. “I dinna bring ye here to quarrel. ‘Tis my first job offer in weeks.”

I dared not share my other reason for leaving.

“Nay, ye can stay with me till ye find a different job. Crossing the Atlantic unwed is bad enough, but these—” He shook my upraised palms, “are ink stains. Blast it all! Ye’re a clerk, not a sailor.”

“Indeed?” Saints alive, he acted as if I was still twelve instead of nineteen. “Well, good news. I shall be accompanied by other women – whole families of people, for that matter – and ‘tis a clerk they need.”

“Only because—“ Donnen glanced around the room and lowered his voice. “The last one left in a frightful hurry along with half the crew all in the same night.” His glare was fierce. “Rumor has it the entire fleet is bound straight for Jonah’s watery vault. I don’t suppose that came up during the bloomin’ interview?”

CHAPTER THIRTEEN
"You want my help." 'Twas an accusation.

His eyes darkened. "I save your life. I give gifts. I offer marriage." He closed the remaining distance between us, his eyes burning into mine.

"You give nothing in return," he snarled. "You only ask for more."

"I would had I something to offer," I whispered. "But I have nothing. I am nothing."

"Then what use are you to me?" He wheeled away.

I sagged against the door, eyes stinging. I blinked rapidly and pressed a hand to my stomach. Nausea rolled at the thought of informing the others of my failure.

Manteo circled the cabin like a hawk stalking its prey. 'Twas a fine room with ornately carved shelves lining one wall. Bunks were built into the next wall. A generous desk jutted from the third, overflowing with maps and navigational devices. I recognized the compass and hourglass but could not identify the other instruments. I jerked in surprise when Manteo swooped down upon me.

"I know our location." His arms shot out and slapped the wall on either side of me, hemming me to the door. "I could swim ashore from here."

"Then why do ye stay if ye can leave and save yourself?"

"Governor White gave his word to deliver me home."

"We are going to starve, Manteo. 'Tis only a matter of days now."

"Nay. You alone starve. The others eat."

"I have no appetite."

"You act as one already dead."

I straightened my back. "I accept what I cannot change."

"And I change what I cannot accept." He shifted his weight to the wall, one arm propped over my head. He drew his fingertips down the side of my face in a feather-light caress.

I closed my eyes against the rush of unbearable sweetness. He made me long for things forbidden. "'Tis within your power to help us. I am begging you."

My eyes flew open. "Ye will do this for us."

"For you." His voice was silken, his features as hard as granite.

I smiled tremulously. "I thank thee, Manteo. Chief Manteo, that is." The new title felt strange on my lips. I beheld him with a mixture of awe and pride.

"I have yet to name my price."

He grunted in disgust. "You refuse me as both husband and lover, so you are left with the hiring of my services."

I worried my lower lip between my teeth. At least he was willing to negotiate. His eyes flashed with lust as he followed my movements.

"I will entreat the Dares for payment."

I raised and dropped my hands helplessly.

"You serve this company, no? You can serve my people, too."

"Ye would hire me as clerk?" Hope leaped in my chest at the possibilities. I would not have to part from him so soon.

"My people have no clerks." His eyes narrowed. "We have slaves."

My breath hitched. "Ye wish to punish me, humiliate me?"

I briefly closed my eyes against the pain. He already knew the reason for my refusal.

"Say no more. I will do it. 'Twill be punishment enough to see you so often and—“ I clamped my lips.

Exultation flickered briefly across his face. "You would give up your freedom to save your friends?"

"Swear it," he said grimly.

His eyes flared with emotion. He bent slowly 'til his breath stirred my lips. My eyelids fluttered closed. Heaven help me, for I had no will left to resist him.

"Now you will eat," Manteo commanded hoarsely. He stepped back, surveying me from head to feet.

"I have no slaves so thin and weak. Go. Collect your rations." He turned from me and bent to pore over a map on the table.

I reached for the door handle, disbelieving at the curt dismissal.

"And send for Anthony. I have need of him."