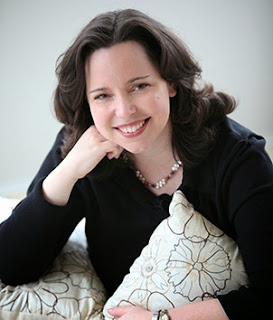 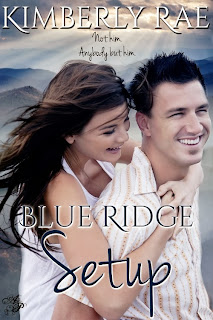 What is Blue Ridge Setup about?
At its heart, Blue Ridge Setup is a fun read about a young woman getting set up who doesn’t want to get set up. Kayla Madison moves in with her eccentric romance-novelist great aunt, who is determined she and Ryan Cummings would make great characters for her next novel, if only she can get them together! Poor Ryan has no idea what he’s getting into when he agrees to do a landscaping project for the great aunt, who intends to keep coming up with jobs for him to do until her plan works! And of course I love that it’s set in the Blue Ridge mountains, in my own town in fact!

Is the eccentric great aunt based on someone you know?
No, but I wish she was. She’s a riot—kind of what I’d imagine Anne of Green Gables would be like as a senior citizen. =)

Your main character starts having health problems and that plays a big part in your story. Why did you do that?
Most novels don’t have heroines with chronic health conditions. If there is a medical crisis in a book, it gets resolved so the main character can get back to her life as a healthy, productive individual.
As nice as that is, for many it is just not a reality. I was shocked to find out that nearly 1 out of every 2 people in our country has some type of chronic illness, and 96% of those are “invisible illnesses,” meaning the phrase I and others often hear, “But you don’t look sick!” As a person with chronic illness myself, I wanted to read a book with a character who didn’t get magically better, but who learned to live well despite and through her limitations. I wanted a book that said you don’t have to be healthy to have a happy ending.

Kayla’s disease is very rare. Did you have to do a lot of research?
None at all, well, not for her anyway. I have Addison’s disease myself. I thought about giving her something different but they say you should write what you know, so… 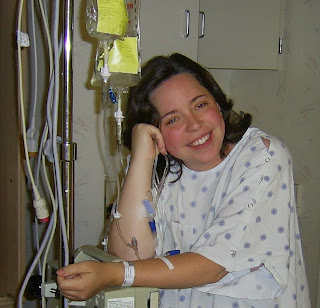 Did you embellish a little with the health crisis to make it more dramatic?
The opposite, actually. That crisis in the book is from memory, not imagination, including the doctor asking, “Do you give permission for this surgery?”
And me responding, “What happens if I don’t?”
“You die,” he says. Cracked me up! Oh, and her joking with Ryan about the doctor saying sometimes a Central IV goes up instead of down actually happened to me, and the doctor told me he’d fix it tomorrow. Tomorrow! That was an interesting night. =) Goodness, that makes my life sounds interesting.

So did the falling-down-the-mountain-needing-a-shot incident happen to you as well?
Thankfully, no. That’s fiction. However, I have needed my husband to give me those shots on several occasions (poor man, he hates needles), once even on an airplane, which made a passing stewardess quite nervous!

Are any other parts of the story personal to you?
Like Kayla, health problems brought me home from the mission field and took away my sense of identity and significance. And it was one of the best things God ever did for me. I hated it, but I had to learn to stop looking for my worth in what I did. Now, I get to share with others that it is God who gives us worth, and it is not based at all on our level of activity or achievement.

What do you hope readers get out of Blue Ridge Setup?
First, I hope they just enjoy the story. After that, I hope it blesses readers with the reminder that God loves them deeply. If they are in a place where it feels like He has taken away their biggest dreams, they should not despair. His dreams for them are better than anything they could dream for themselves.

Where can readers get Blue Ridge Setup?
You can find it on amazon: http://goo.gl/yLD3zQ . Right now it only has a few reviews. I’d love some more!

Find out more about Kimberly’s bestselling suspense series or her books on living joyfully with chronic illness, or contact her at www.kimberlyrae.com.
Posted by Ariella Moon at 6:00 AM