During my daily check of Amazon's Author Central, I spotted an anomaly in the ranking for my sweet paranormal teen romance, Spell Check. Turns out the audio version of Spell Check has been released! Of course, I had to check out the audio sample. http://www.amazon.com/dp/B00CPCOF9I

So weird to hear someone else read aloud my words -especially since the narrator pronounces the name of one of the main characters differently than the way I hear it pronounced inside my head. (Must work on those inner voices!) Nevertheless, I'm super excited that the audio version has been released.

Next up: Spell Struck, the sequel to Spell Check. The galleys have been proofed. I'm awaiting my first look at the cover art. My senior editor said the release is scheduled for early summer. Hmm. Hope Astraea Press can work around my trip to Wales! I'll let you know as soon as I have a release date. Meanwhile, happy listening! ~Ariella Moon 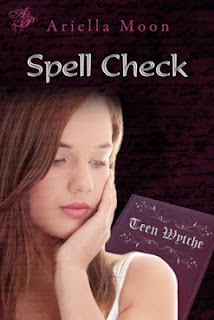