Brooke Williams, author of Wrong Place, Right Time, is today's guest host.(Be sure to scroll down to the giveaway!) Welcome, Brooke! 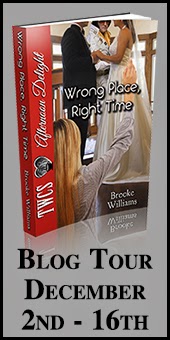 Have you ever found yourself in the wrong place at the right time?

I actually met my husband in a slightly “Wrong Place, Right Time” manner! I was in college and he was finished with his degree and in the working world. We lived in two different cities about an hour and a half apart. I lived off campus and one Friday night, I headed to the dorms to meet up with friends…or so I thought. When I arrived at my friend’s room, I discovered that absolutely everyone in my little group had a date that evening. The only person left behind was my friend’s roommate, who was also a friend, but he had a lot of homework to get done. Instead of forcing me to leave dejected and with no plans and no date, he let me come into his room and use his roommate’s computer while he did his homework.

I trolled some chat sites and ended up running across my husband. We emailed back and forth for a week or so before he handed his phone number over to me. I called him the next weekend and we talked for four hours. I was at my friend’s dorm room at the wrong time. No one was available to do anything with me as I expected. But it ended up being the right time because had I not been bored and mostly alone, I may never have met Sean!

It’s interesting how life works out that way sometimes. You make a mistake, but it turns out for the better. You’re late to work only to hear there was a large accident in the intersection you would have gone through. You get lost only to run into a long lost friend. Sometimes, these things happen coincidentally. Other times, it seems as if the wrong place shows up at just the right time!

In this novella, the main character, Kate, stops what she thinks is her male best friend’s wedding. She quickly realizes she has complete strangers standing at an altar before her. And though the bride runs away and she is left with a ruined potential marriage on her hands, being at the wrong place doesn’t mean she wasn’t there at just the right time! I hope you enjoy the story. Even if you’ve never barged into a chapel and shouted “Stop the wedding!” I think you’ll be able to relate to Kate and her situation!

And the next time you end up in the wrong place, ask yourself if there’s a reason for it…are you there at the right time after all? 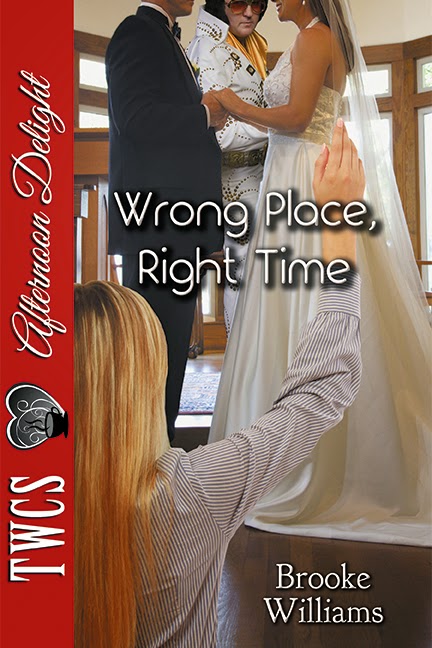 Published by: The Writers Coffee Shop

Available from: Amazon, Kobo, Barnes and Noble, and TWCS PH

Wrong Place, Right Time is a humorous, light romance about TV traffic reporter, Kate Covington.  After admitting she is in love with her best friend, Brian, Kate barges into a Las Vegas wedding chapel to stop him from getting married.  When the bride storms out, Kate sees that she interrupted the wrong wedding.  The groom, Chad Leida, who needs to marry before turning 30 in order to inherit his family fortune, has an intriguing offer for Kate.  Marry him and spend a year as his wife for a million dollars. Kate, who is greatly in debt and believes her friend has already married, considers the offer.


Once Kate makes her spontaneous decision, her life is on the fast track and the real adventure begins.  Caught between two men, she begins to realize that though she turned up in the Wrong Place, she might have arrived just at the Right Time. 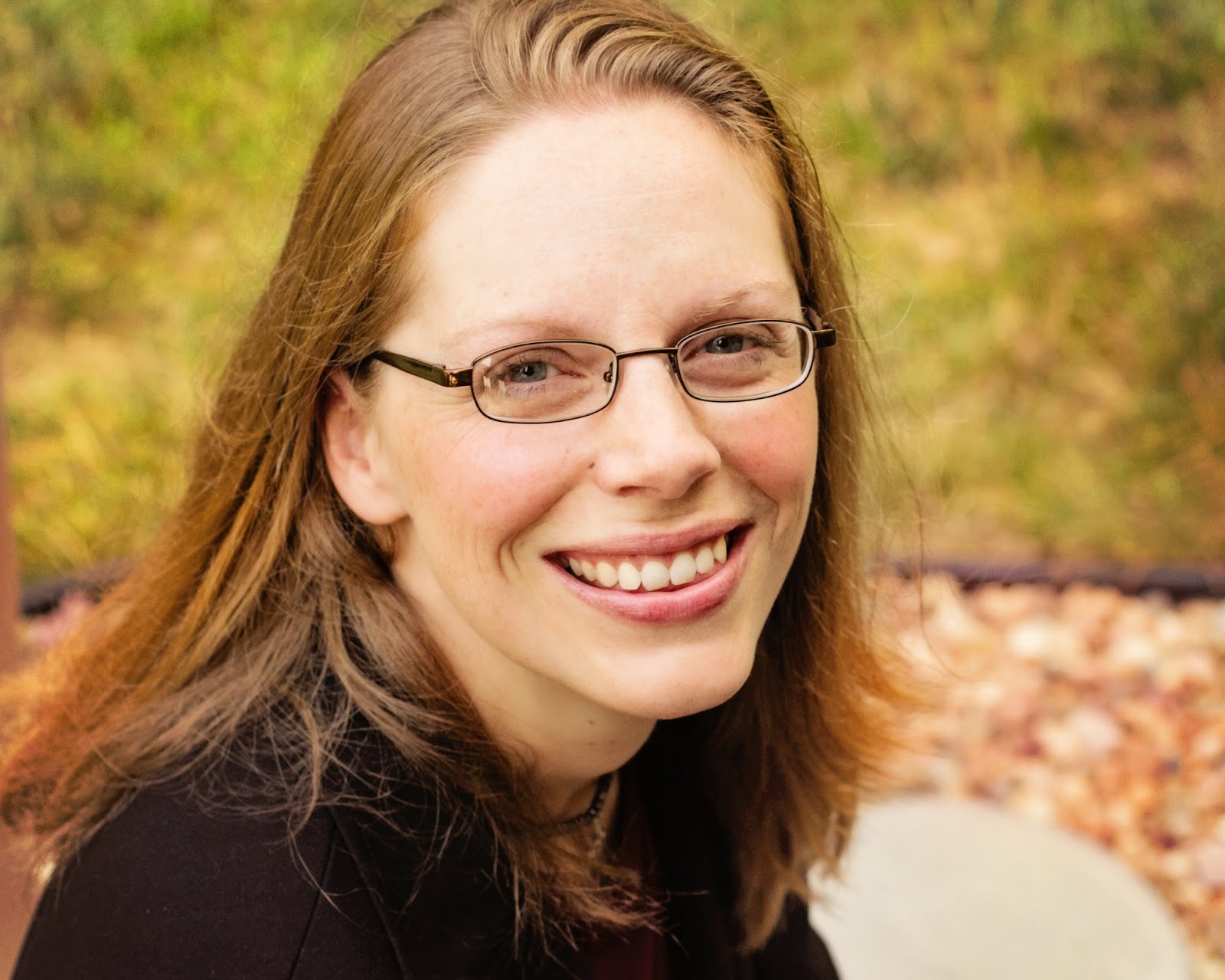 Brooke Williams is an award-winning author and freelance writer. She has written hundreds of articles as well as several novels, including Someone Always Loved You and Beyond the Bars. Brooke has a Bachelor of Arts degree from Morningside College, with a double major in Mass Communications and Religious Studies. She has twelve years of experience in radio broadcasting, both behind the scenes and on-air. She was also a television traffic reporter for a brief time. Brooke and her husband Sean married in 2002 and have two daughters, Kaelyn and Sadie.


~~CONNECT WITH THE AUTHOR~~

"Really really fantastic book! I had a very hard time putting my kindle down when my work breaks were over. Loved everything..the plot, the characters, the romance. Definitely recommend.

This won't be the only Brooke Williams book I read."  - Carrie  Goodreads Review