Three Things You Should Know About Ghosts


The veil between worlds thins as we approach Halloween, Samhain, and All Hallow’s Eve,
turning my thoughts to ghosts. 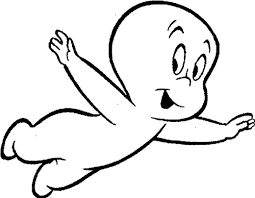 Many ghosts resemble a slightly transparent version of their former living selves. Others retain an energy field that resembles their previous form. Some appear as beings of light — elongated forms consisting of white light that somehow retains the person or animal’s former essence.

One example of a ghost who retained her physical appearance was a knife-wielding female ghost I encountered during a business conference. Over and over she charged between the two beds in my hotel room with a raised knife. My lucky roommate slept through the whole thing.

2.     Ghosts Can Communicate With The Living

You may be able to hear ghosts even if you can’t see them, an ability called clairaudience. Some ghosts knock on walls to get your attention. Others retain their normal speech. I encountered several ghosts while staying at the Chalice Well Retreat Center in Glastonbury, England. With its gardens and sacred waters, the Center is situated at the foot of Glastonbury Tor. The Red or Blood Spring flows beneath the grounds. Some equate the water with the Goddess, others with Christ. But a far different sort of water, the White Spring, flows just beyond the fence. A simple spigot marks the White Spring, the entrance to Fairy. Not good fairies mind you, but Dark Energy, raucous, dangerous, up-to-no-good fairies.

Fences and walls do not hinder ghosts. Or fairies. Or demons. Every night at the Chalice Center felt like Halloween. The White Spring attracted the underbelly of the human world. The nearly full moon amped up the wild energy.

One night a huge dark presence entered the Chalice Center. I’ve run up against nasty entities during my shaman work. This one was bigger and more evil than all the others combined. It enveloped the third floor like a gigantic black bat with outstretched wings. My room was on the second floor. The bathroom was on the first floor. (A ground floor was situated beneath the first.) I opened my door during the middle of the night and stepped out. Fear bumps prickled my skin, bringing me fully awake. Noticing the gigantic evil presence, I ducked back into my room and locked the door. (As if that would help!) I spent the rest of the night wishing there was an en suite bathroom and layering protection spells around the room.

When the sun finally rose, two ghosts — snow-haired women dressed in day dresses — passed through my door. “It was horrible,” one said in a quivery voice to the other. She clutched the pearls at her neck. “Just horrible.”

For three nights our white German shepherd, Madchen, waged a losing battle with mushroom poisoning. Without access to a 24-hour veterinary clinic, we were forced to drive her back and forth from a night clinic to our vet’s day office. During the agonizing gaps between the closing of one facility and the opening of the other, we brought Madchen home. During the last of these stops, Madchen remained curled in her kennel, near death.

Suddenly I heard the distinctive click of dog toenails on the hardwood floor. Emily, a long-deceased but much beloved Jack Russell terrier, hurried down the hall. She had come to escort her old buddy to the other side. Madchen died within the hour.

As Halloween/Samhain/All Hallow’s Eve approaches, be mindful of the night sounds and energies around you. Light candles in honor of your ancestors and loved ones who have passed. Display photos or mementos that remind you of them so they will know you are thinking of them. Be assured; ghosts are among us.

Ghosts in Spell For Sophia

Ghosts play pivotal roles in Spell For Sophia (November 2014, Astraea Press), Book #4, the Teen Wytche Saga, a Young Adult paranormal romance series. Several of your favorite characters from Spell Check, Spell Struck, and Spell Fire return in Spell For Sophia, my most complex and intense book yet! I hope you enjoy it. You can catch up on all the books in the saga by clicking here.

Have you ever encountered a ghost? I'd loved to hear what happened!