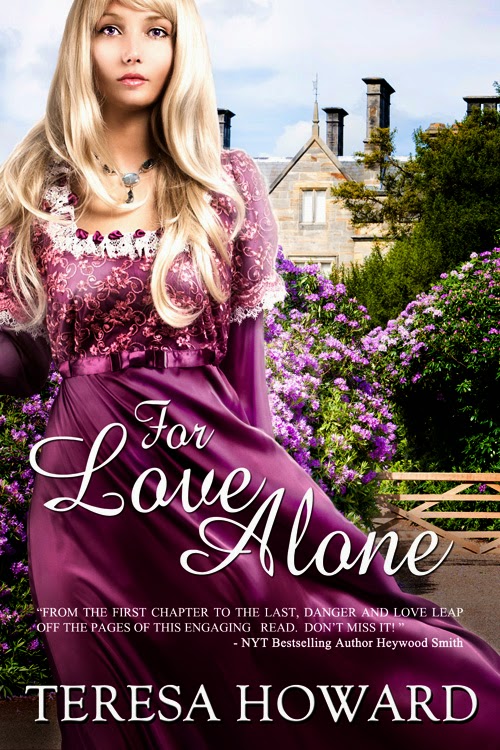 Summer changes like a shifting kaleidoscope from a naïve southern belle to the elusive Duchess of Tyndale to a mother, to a widow.  Through it all, she loves one man, Lord Charles Zachery Clayton, the Earl of Somerset.  Will she ever possess him as her own?

Since Summer was little more than a toddler, she held a special place in Chaz’s heart.  Indeed, she has been the guiding force throughout his life, though neither of the star-crossed lovers knew just how much until they are forced to wed.  But will she ever be his wife in more than name only?

Summer and Chaz share joy, loss, danger, tragedy and rebirth.  Through it all, their loves thrives.  But the road to their happily ever after is strewn with obstacles.  Will their love survive the challenges that face them?

In a world where marriage is a matter of politics and property, can they ever marry just for love alone?

"Why didn't you tell her how you feel?" Nate asked once they were alone.

Skye's despair turned to anger. Tears welled in her eyes. She dropped her gaze to hide her feelings and stared at the hands clutched in her lap.

"What would you have me say, Nate? Would you have me beg and plead? Wail like an infant because I am being sacrificed to a man old enough to be my father? Sacrificed so that I might erase the scandal created by my father, a man whose only sin was wanting to be loved by a flesh and blood woman other than his daughters, the father who promised that I could marry for love alone, even if he did not. Especially since he did not."

"Well, I wouldn't put it quite that way. She is our mother, after all. But you might have mentioned that you are opposed to this marriage."

Skye felt her brother looking down upon her. She couldn't bear to meet his gaze. He would see her pain. And no one must see her pain. "I mentioned it often enough to have postponed the event for five years. Not an easy task considering Tyndale's desire for an heir. An heir I will strive to give him."

Placing his gloved hand beneath her chin, he lifted her face. "You're following the same path as Father. An arranged marriage, devoid of love. It can only lead to disaster."

She covered his hand with her own. "No. I will not make Papa's mistakes. I am stronger. I must be. Mother needs this alliance with Tyndale. Papa's—" her voice broke "—death and betrayal destroyed her safe, secure world. She can't leave this house for the scandal he created."

Her grip tightened unconsciously. "Gracious Nate, he died in another woman's home — one that he provided for her. As a Christian, I don't judge him. After all, I don't know what was in his heart at the moment of his death. And as a daughter, I make allowances for him. I loved and respected him. I always will."

Though her words were powerful, her voice was flat, as if she were bloodless, dispassionate. So unlike the girl she had once been. She could see worry reflected in Nate's eyes. But this was her way of coping with the pain… the loss… the future.

"As a woman, I understand mother's position. She has to get away from here, but it can't look like she's running away."

"Surely things are not bad enough to send the two of you fleeing across the sea."

"You have to know what mother's been through to understand. Her dearest friends pity her. You know mama's pride. She can't bear the shame. She's hurt and she's scared and she's desperate."

Unconsciously, she straightened, trying to appear more substantial than she felt. "She wasn't reared to withstand a scandal like this, and she certainly wasn't reared to live in a world where Yankees might burn the house down over our heads at any moment."

Pain darkened her gaze. "And tomorrow, after Tyler joins you in this insane war, strangers will run Crimson Hills. Strangers, Nate. Mama can't bear to see that. If I marry his grace and mama accompanies me to England, she can come home one day, after the war, when it's safe… after the scandal dies down. When you boys are home to take care of her and Crimson Hills, she can return in triumph, as the mother of a duchess."

Nate pulled her to her feet. He held her by the shoulders, looked deep into her eyes, trying to see into her very soul. "What about you, birdie? Marriage is forever. Are you willing to sacrifice yourself?"

"I will do as I must." When he made to argue again, she pressed her fingertips against his lips. "Please Nate, I've accepted my fate." Her voice broke slightly. "Don't make this any harder for me than it already is."

Nodding, he kissed the tips of her fingers then brought her hand to his heart. "You are a remarkable woman, Skye Danvers."

"I pray to God Almighty that you are right."

She smiled as he intended. "I love you, Nate."

"And I love you, Skye birdie." His gaze suddenly turned mischievous. "You haven't asked when your prospective bridegroom will arrive."

"He sent someone to stand proxy in the ceremony." He paused for emphasis. "An old friend of yours."

Skye felt a sense of foreboding.

"Tyndale was occupied with affairs of state and unable to leave the Isle. So he asked Chaz…"

Skye no longer heard her brother for the roar in her ears. It was the far side of too much. The same afternoon Chaz had stolen her heart, her sixteenth birthday, he had made her promise to marry for love alone. Now he would make that an impossibility. A fist of betrayal squeezed her heart. Her last girlhood dream slipped through her fingers.


But she twitched not so much as an eyelash.


For Love Alone Can be Purchased at teresahoward.net. 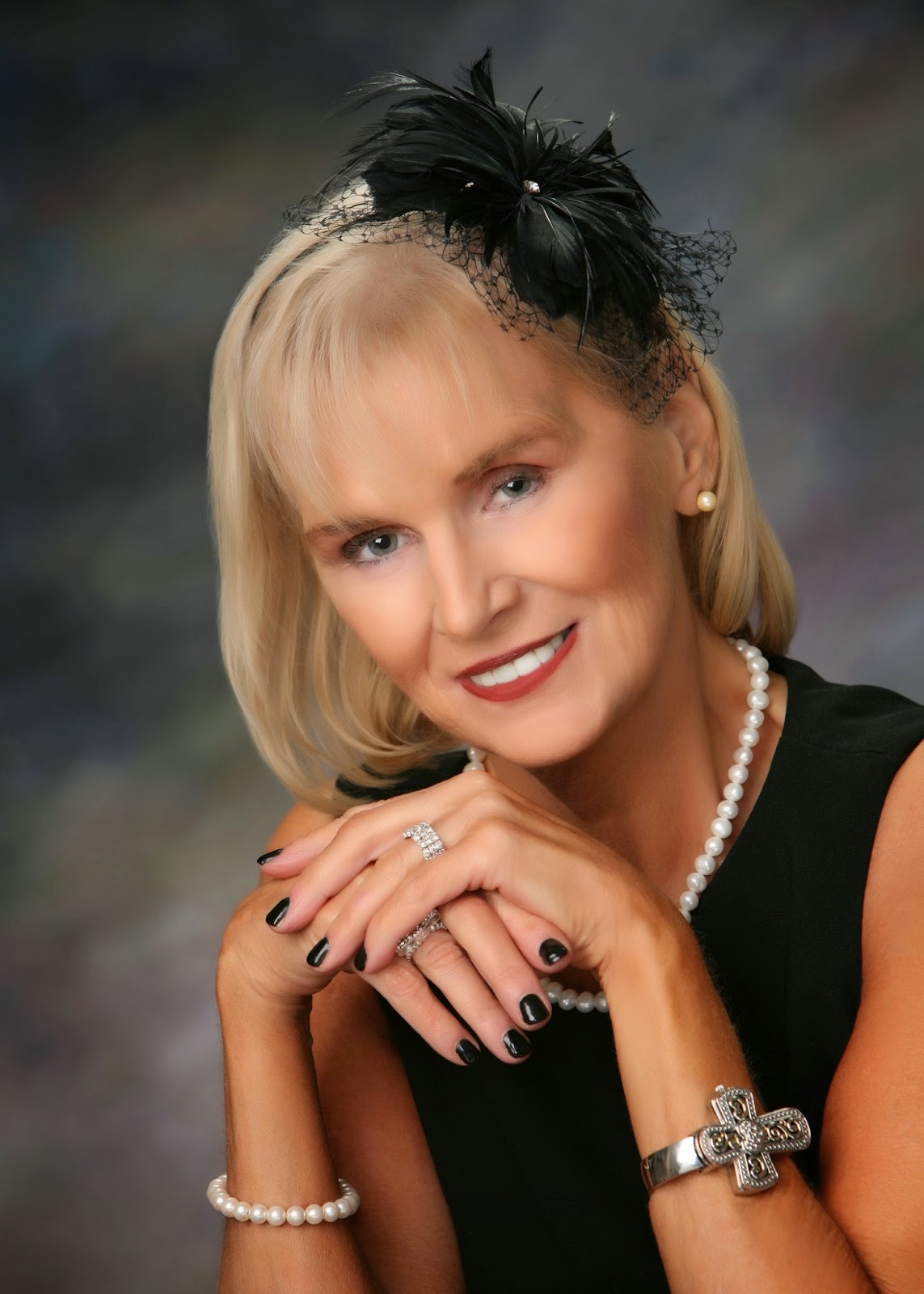 From the time Teresa was a child. sitting under a huge Magnolia tree in her front yard, she visited fantasy worlds. During those private moments, she lived a life quite unlike her own. As a novelist, she draws from the innate creativity nurtured on those lazy days of childhood.
When Teresa inhabits the real world in both body and mind, she enjoys watching old movies, listening to golden oldies, adding to her cross collection, visiting with family and friends, and most of all, hibernating at home with her husband, Dr. George E. Howard.

Teresa is the author of four historical romances, newly released as Ebooks. They include CHEROKEE EMBRACE, DESIREʼS BRIDE, CONFEDERATE VIXEN, and VELVET THUNDER. In March, her first Time Travel romance will be released as an Ebook. It is titled YESTERDAYʼS PROMISE. The sequel will follow in June and is titled WINGS OF LOVE.
Posted by Ariella Moon at 8:30 AM