Shea McIntosh Ford on The Stone of Kings

I love a good faerie tale, don't you?

I'm pleased to turn the blog over to Shea McIntosh Ford, author of

The Stone of Kings

Thanks so much, Ariella, for hosting me today! I’m thrilled to introduce The Stone of Kings to everyone! I’m one of those quirky folks who actually like to write research papers. After I finished college, I would get cravings to be assigned a research project. TSOK is a blending of my love of research and history with my love of fiction. I hope you guys enjoy reading it as much I did writing it. 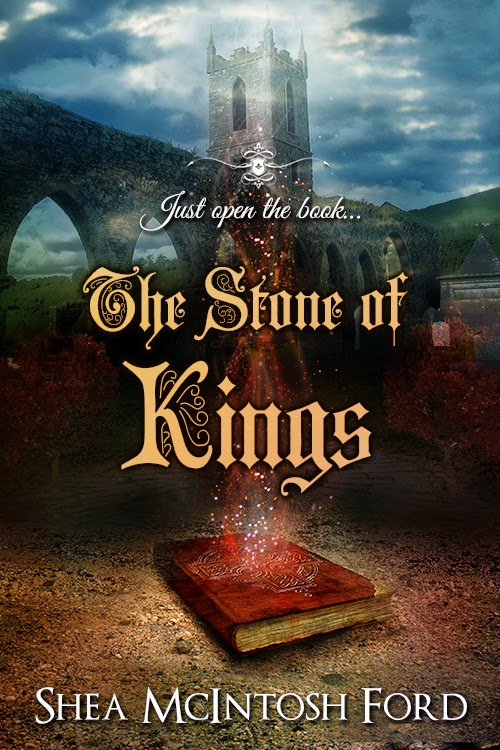 Blurb:
Twelve year old Ardan is hopelessly distracted because he wants to meet a real faerie. But when he gets his hands on a mysterious red book loaded with faerie spells and accidentally sends himself three hundred years into Ireland’s future, he soon learns that there are more important things on which to focus his attention. Throw in some immortal druids, fun storytelling, a touch of forbidden romance, along with the music and antics of the legendary Irish harper, Turlough O’Carolan, and you’ll become swept up in a very real Irish mythological adventure.

Excerpt 1:
Abandoning his work as he was so prone to do when he got excited about something, Ardan led Thomas into the library, but not before doing the forbidden—he opened its closed door.

Once inside the room, both of them forgot about looking for a story book. On Bresal’s hand‑carved writing desk was his curious little red book. The old scholar must have been distracted by the sight of his musician friend nearing the cottage from the library window and neglected to hide the book as usual. Its pages lay open, and unmistakable magic hovered over the leaves. They heard light random notes, like the sound of the tiniest of wind chimes played by a faint breeze. As they gaped, they noticed each tinkling sound corresponded with a tiny point of light which would burst and disappear above the book.

Thomas breathed out a gasp of surprise. “Who is this Bresal fellow anyway?”

Ardan could not answer. He began to wonder the same thing. His pulse quickened as he neared the book.

“What are you doing?” Thomas dropped his voice to a whisper as he grabbed onto the boy’s shoulder. The color in his face had drained away.

“I merely want to read it,” Ardan said. He shrugged away Thomas’s hand.

“I do not think we should go near it.”

But Ardan continued nearing. Despite his own warnings, Thomas followed closely behind. Ardan picked up the book and began to turn the pages. He expected to hear more sounds and see the lights dance quicker, but instead, these features decreased until the pages settled again.

“What does it say?” whispered Thomas.

“Some is in Irish and some English.” Ardan’s gaze, as expected, went for the Irish text. He read aloud, “Solas agus airy biedh tú, Leabhar na mianach mo lámha chun saor in aisle.”

Right away, the tinkling noise intensified as did the lights. But what shocked Ardan was the book lifted from his fingers and hovered in front of him.

“Saints be blessed,” said Thomas and he let out a burst of high‑pitched laughter.

They both stared in awe a moment until Ardan saw Bresal and Turlough advancing toward the house from their walk in the garden. “No,” he gasped. His heart hammered at the trouble he would be in if Bresal found them out.

“Does it say how to reverse it?” asked Thomas, his voice raised in pitch.

Ardan’s gaze scanned the pages, desperate to avoid punishment, but none of the lines written in Irish appeared to fit the need. When Ardan reached for the book to try another page, it shied away from him. Frantic, he read aloud one of the English lines without comprehending the meaning.

“A need I have to mend a mistake, a new time please, for lives are at stake.”

“This sounds like the right one,” said Thomas. “Perhaps you should say it in Irish.”

Ardan could not find the Irish counterpart and so struggled a moment with the translation then said, “Is mór agam a cheartú botún, le do thoil A am nua a shaoradh ó na terror.”

The book filled the room with such a bright light, Ardan could see nothing else.

Hannah heard Stephen’s voice cry out to the guards as she neared her car. While she smashed the button on her keyless entry over and over, she wheeled Thomas’s chair around the oak tree and flung open the passenger side door. Thomas pulled himself in the car remarkably fast for someone with a wounded foot, and Ardan clambered in on his lap. Hannah heard Thomas cry out in apparent pain as she closed the door and guessed Ardan must have stepped on Thomas’s injured foot.

She ran around to the other side and glanced up to see the guards were feet from her car. They would be able to stop her from shutting her door. But she got in anyway, and was surprised she still had time to turn on the engine. The guards should at least be at her window by now. But when she took a quick look up, they were not there at all. She put the car in reverse and ignored Ardan who cried out, “We are going backward,” in Irish. She saw guards on the ground under the oak tree. One grasped an ankle, the other clutched a knee. She also noticed, just before peeling away, the roots of the oak tree had come up high out of the ground, and she was certain the tree’s roots had been under the ground the last time she saw it. The boys apparently noticed it too. They gaped as she sped away.

“Bless my soul,” Thomas breathed. “’Twas as if the tree was helping us.”

Hannah let out a burst of nervous laughter. She was jittery because of the excess adrenaline coursing through her body, and she was incredulous at the scene her eyes had just shown her. Her throat became tight and caused her next words to come out like a squeak. “It isn’t possible.”

“But ‘tis possible. Ardan and I were born over three hundred years ago,” Thomas stated. 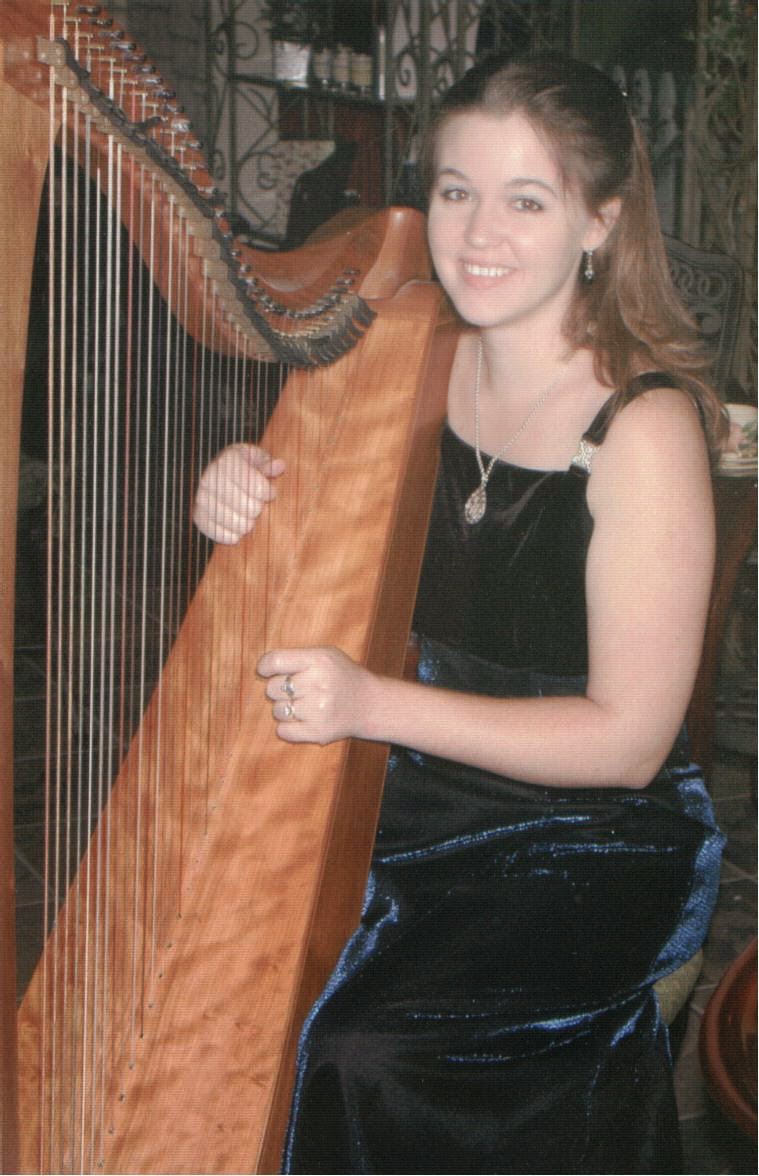 Author Bio:
Shea McIntosh Ford is also the author of Harp Lessons and lives in Florida with her loving husband of eleven years and two boys, ages four and six. Growing up, she lived under the delusion that prejudice and bigotry were no longer being taught to children. Oh, how much she has learned. After feeling powerless as a first year teacher when one student adamantly said that Americans should send ALL Mexican’s back to Mexico, Shea has found her voice through her writing. While she knows that bigotry probably won’t be eradicated altogether, at least she’s doing her part to help decrease it.