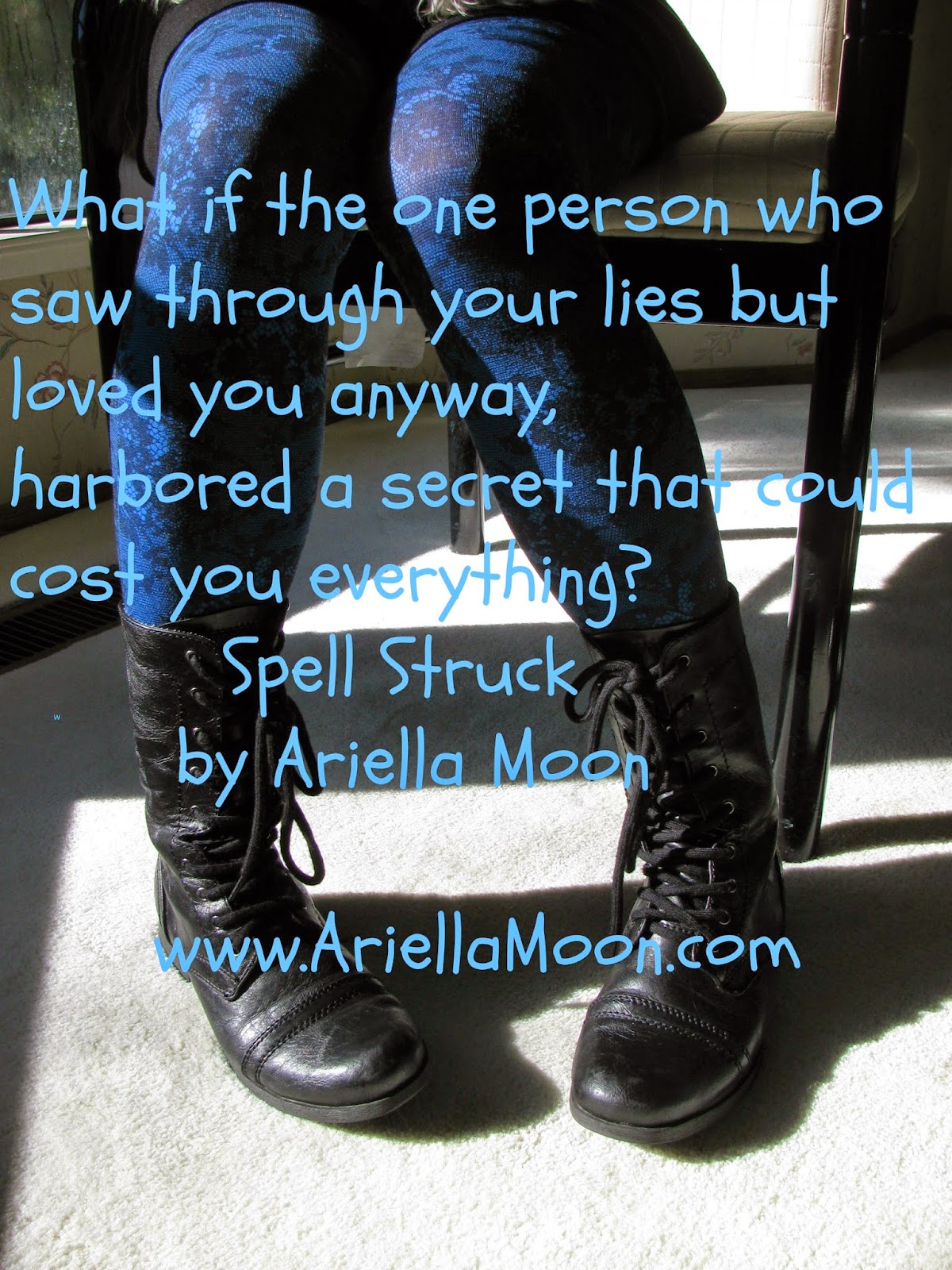 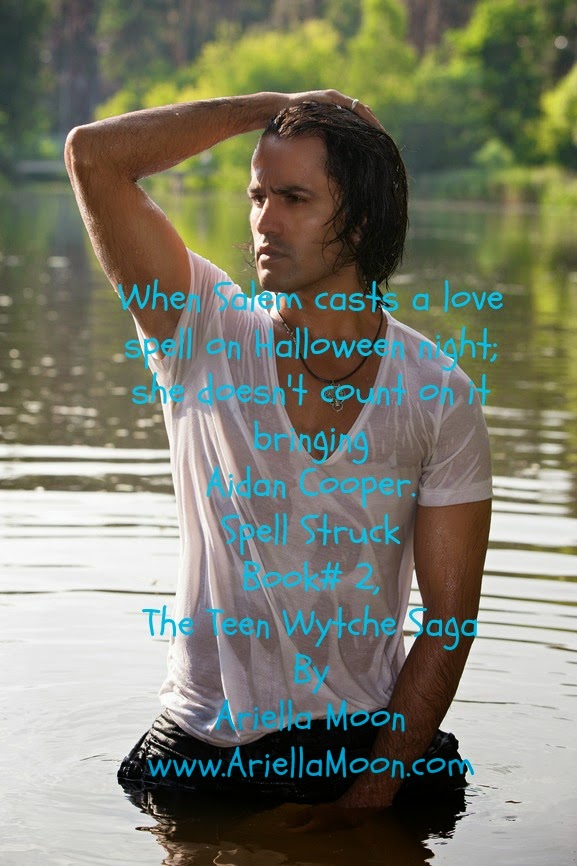 
Salem is charged with fixing a half-destroyed spell book, her last hope for saving her sister. Amy attempted suicide and the meds aren’t helping. Maybe a powerful Get Well Spell will cure her.

Excerpt
Aidan lowered his hand. His finger pressed against my skin, shooting a delicious tingle up my arm. When I didn’t move away, he hooked his finger over mine. My breath caught. We stayed, frozen, hyper-focused, for what seemed like three lifetimes. Then Aidan trailed his fingertips across the back of my hand. The soundtrack, popcorn smells, and theater audience melted into the background. The world narrowed down to the unspoken grief and need entangled in Aidan’s touch.
I rotated my hand so my palm faced upward. Aidan hesitated. Our gazes locked in the flickering light. The spell link humming between us lit up like blue lightning. At least I think it was the spell link. Aidan plunged his fingers between mine. Our palms pressed together, igniting a current. Air shuddered from my lungs. Magic rippled from us in successive waves.
My heart stuttered. My breath ceased. Every cell within me vibrated. Troops of fairies or dragonflies took flight in my lower abdomen. It’s possible blue lightning shot from my boots.
Good thing I wasn’t holding the popcorn.