Today the spotlight is on Elizabeth Belyeu and her debut novel, Secondhand Shadow. 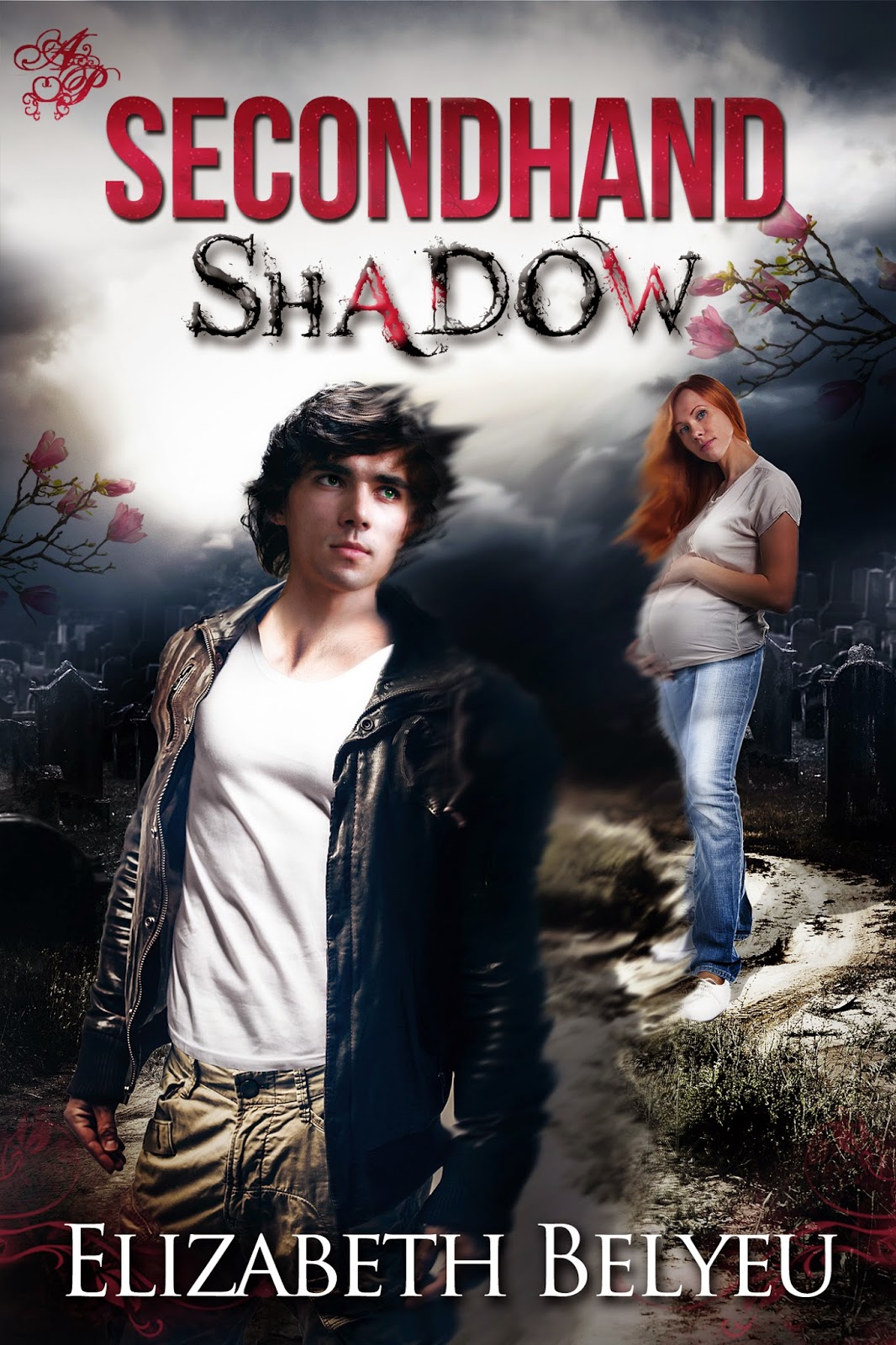 It's supposed to be a symbiotic relationship: the Shadow serves and protects the human Lumi, the Lumi feeds and cares for the Shadow. But when Damon’s Lumi died young and severed the bond between them, he declined to go with her like a good little Shadow. Yes, it hurts. Yes, he's cold and hungry all the time. And yes, his own people call him an abomination. But for the first time, Damon's life is his own, and he’s never going back.

Or so he thinks, until he meets Naomi, a pregnant college student… and bonds to her as his new Lumi. Which has never happened to a Shadow before.

Naomi has enough problems on her plate, juggling college and a crappy survival job, preparing for a baby, and getting over her cheating ex-husband. The last thing she needs is a dark, brooding fellow like Damon depending on her physically and emotionally, and hating her for it. But a vigilante among Damon's people has his sights set on Naomi – and they both know Damon is her only chance for survival.

Excerpt:
“So, who do I look like?” I said.
He jumped, as if he hadn’t expected me to have the power of speech. “What?”
“Either I look like someone you never wanted to see again, or I smell bad. Since you got in an elevator with me, I’m going with Option A.”
He continued staring a moment, then opened his mouth to speak.
And the elevator shuddered to a halt.
No. I closed my eyes. No, this cannot be. These things don’t really happen. I leaned my head back against the wall with a thunk. Then, to my own dismay, I started to laugh.
“I’m sorry,” I gasped when I saw Damon’s stare turn from mysterious to confused. “It’s just such a cliché. The pregnant lady trapped in the elevator. If I give birth in an elevator—” Confusion became alarm. “Oh, no, I’m fine,” I said quickly. “Still two months to go, thank goodness. It’s just the idea.”
I was able to stop laughing after a minute, because it stopped being funny. There was a help button in the wall, which I would be calm enough to push, eventually. But it could be hours before we got out of here. Hours during which I was supposed to be at work. I fumbled my cell phone out of my bookbag. No signal.
Damon began to pace, which was a nice trick in an elevator that size, especially when he refused to come anywhere close to me. Yeah, well, I wouldn’t touch you with a thirty-nine-and-a-half-foot pole, either.
“I can’t be here,” he muttered under his breath, and ran a hand through his hair, which very unexpectedly made my breath catch. So I have a thing for long-haired guys. Why else would I have the Lord of the Rings movies memorized?
“Hit the help button,” I said. It was on his side.
He paused, looked at the button a moment, then resumed pacing. “You should do it.”
Bossy much? I considered suggesting an anatomically unlikely new location for the help button, but then I remembered that just because he hadn’t pulled a knife on me yet didn’t mean he wouldn’t. I stepped toward the help button, wondering what he’d do when I crossed the orbit of his pacing.
What he did was stop dead with a sharp breath, back up against the wall, and close his eyes.
For the first time, I was truly afraid to turn my back on him. I froze, not breathing, and waited.
He kept his eyes closed, breath coming faster, hands half-raised as if to ward me off. They were shaking.
Seconds passed. A minute. Maybe more. My fear began to ebb, just a bit, to make room for pity. He was in pain. I had no idea why or how, or what I could do to help, but surely I ought to try.
“Damon?”
The word was tiny and feather-edged, but it broke something. Suddenly I was pinned between him and the wall, my upraised hands trapped against his chest, too stunned to push him away.
“I won’t hurt you,” he said, pressing his face into my hair. “I won’t hurt you. I hate you too much to ever hurt you. I’m sorry.”
I felt a hand against my cheek.
And I was alone in the elevator.

Author Bio:
Elizabeth Belyeu is 29 years old and lives in Alabama, where she supports herself, her cat, and her steadily growing TBR pile as a library assistant. She graduated from Troy University in 2008 with a bachelorʹs in English (Creative Writing minor). This is her first novel, but she has been writing since she could hold a pencil, and plans to continue until she is too senile to type.