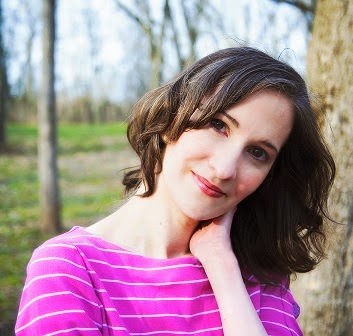 1.     TRUE COLORS delves into the cutthroat world of modeling. Have you ever modeled or entered a beauty competition?
I did some modeling and went on auditions and shoots, too. Unlike my character, Landry, I actually liked doing runway work. I remember using a good luck charm that I was convinced kept me from tripping on the runway. I used to put a tiny laminated picture of my favorite singer, George Michael, in my shoe for luck.

2.     When you write Middle Grade or Young Adult fiction, do you draw upon your own school days, or do you look elsewhere for inspiration?
I remember those days vividly, but it’s more the emotions and how I felt about a situation that I use in my work rather than the actual situation itself. I have never been able to base a character on a real person because people are always changing and it’s impossible to capture all the sides of their personalities. It’s easier and more fun to make up my own characters and situations. My character Landry and I do share the same tendency to overthink everything though. I’m one of those people who can’t shut off their brain at night long enough to sleep. Someone sent me a cartoon of someone trying to sleep and it says, “Think ALL the thoughts!” That’s totally me at night and I’ve been that way since I was a kid.

3.     Which character in TRUE COLORS was the easiest to write? Which was the most difficult?
Landry was probably the easiest to write as well as Ashanti and Peyton. I would have loved to known girls like Ashanti and Peyton when I was that age. The hardest to write was Thalia because she is much more self-assured at that age than I ever was—I’m still not as self-assured. She isn’t the most popular of the girls in school, but there’s a strength to her in that she doesn’t care what people think. I wish I had felt that way at that age. Actually, I wish I felt that way now, too.

4.     If a fictional world could magically become real, which novel would you like to step into, and why?
That’s a tough one because there are a few. I guess I would like to step into The Great Gatsby and try to convince Jay that Daisy isn’t who he thinks she is…and that he should be with me instead. I mean, really, Jay, save your money on those lavish parties and buy me something! Or, ahem, just teach him to be less materialistic…whichever.

5.     Who were your favorite authors when you were growing up?
I grew up when all the series books were big, so I read Ann M. Martin’s Baby-sitter’s Club books, The Sisters series by Jennifer Cole, Francine Pascal’s Sweet Valley High books and her Victoria series (met her once and she let me look at the Sweet Valley “bible” she created for the series. I choked up—not even joking). I was obsessed with Betsy Haynes’ The Great Mom Swap when I read it in the fourth grade. And I reread Erika Tamar’s Good-bye, Glamour Girl over and over. I was a big reader growing up and I was lucky I had parents that fed my reading addiction. 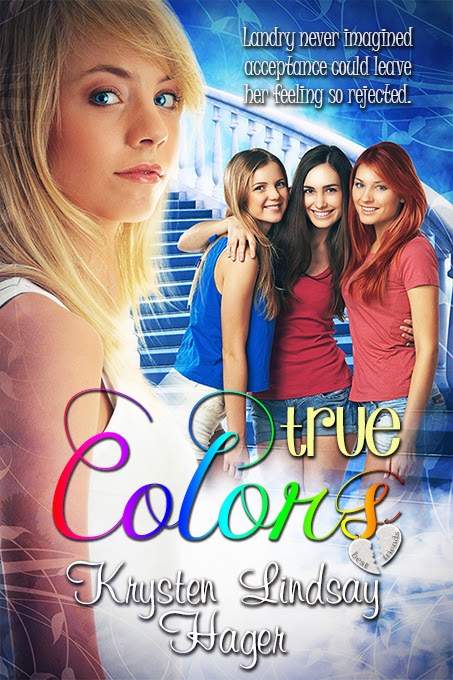 Blurb: Landry Albright enters a modeling competition with her two best friends, but runs into jealousy when she advances to the next level without them. Enter the gorgeous Devon, who also makes the first cut of the modeling contest. Devon seems like the perfect new best friend, but can their friendship survive the competition? Throw in a new boy, jealousy and loyalty issues, and insults from hair stylists. How’s a girl to deal?

Excerpt:
The competition was for girls between the ages of thirteen and seventeen, but it felt like Ericka, Tori, and I were the youngest ones there. I only saw a couple of girls from school, and the lineup looked more like something you’d see on a music video set. All the girls were gorgeous, and they had these curvy womanly bodies. I looked like a skinny little kid next to them. The first girl walked out, and I heard the judges say she “owned the runway,” and, “walked like a gazelle.” I was starting to feel ill. I wasn’t sure which way it was going to come, but I knew I had to find a bathroom — fast. I started to get out of line when Ericka grabbed my wrist.

“It’s almost time,” she said. A tiny bit of spit flew out of her mouth and hit my cheek.

I wasn’t sure why she was so intent on me going through with it, but she had a death grip on my arm, so I didn’t have much of a choice. Her number was called and she walked out to the stage. One of the other girls said she walked like a kid with sand bucket stilts on her feet, but she came back with a smirk on her face like she knew she’d get chosen.

“They said they had never seen such long legs,” she said.

“She walks like a gorilla at feeding time,” said the girl behind me. I went next, and I tried to focus on not tripping over my feet. My mom’s pumps had a rubber sole on the bottom, which probably wasn’t the brightest idea seeing as my shoes were making squeaking noises as I walked. I was so nervous I couldn’t stop smiling as I walked. I looked like the plastic clown who blows up balloons with its mouth at the Pizza Palace. When I got to the end of the runway, I tried to cross my feet to turn like the other girls had, but I over rotated and ended up doing a full spin which made my kilt fan out and gave the mall walkers a view of my blue underpants. I tried to act like it was intentional and did an extra turn. One of the judges put her hand up to stop me, and I held my breath as she started to speak.

Author bio: Krysten Lindsay Hager is an author and book addict who has never met a bookstore she didn’t like. She’s worked as a journalist and also writes middle grade, YA, humor essays, and adult fiction. Her debut novel, TRUE COLORS, will be out June 17th from Astraea Press. She is originally from Michigan and has lived in South Dakota, Portugal, and currently resides in Southern Ohio where you can find her reading and writing when she’s not catching up on her favorite shows.