Three Wishes ~ A Magical YA Novel from Deborah Kreiser

Deborah Kreiser and her YA debut novel, Three Wishes, is in the spotlight today.

Three Wishes looks like such a fun read! I love your choices for Book Boyfriends! 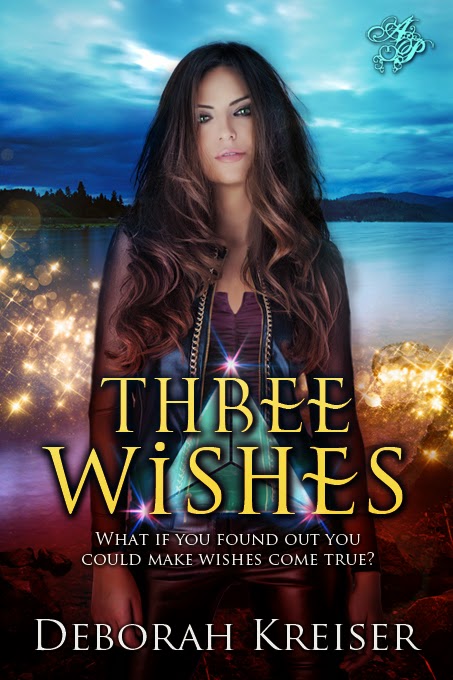 Tall and lanky, Genie Lowry is only noticed at academic awards assemblies—until the day she turns 17 1/2, when her body changes from Kate-Hudson-flat to Katy-Perry-curvy—and she finds out she’s a real, live genie. Suddenly, every guy at school is paying attention to her, including Pete Dillon, her never-in-a-million-years crush.

But to gain her full powers and keep her new body, Genie has to find a master, and she’s not sure if Pete’s Master (or Mr.) Right. With help from her dead mother’s interactive diary and an imposing mentor with questionable motives, Genie uncovers the family history and genie rules she never knew. She grapples with her new powers and searches for the perfect master as she tries to make her own wishes come true.

Sitting in French class, I let my mind wander back to my grandmother’s cryptic statement this morning. “It’s December sixth. You’re seventeen-and-a-half now, and today is the day you become a woman,” she warned. In the rush to get out the door, I hadn’t paid close attention, and chalked it up to her usual absent-mindedness.

I puzzle over her words for another moment before brushing it off. After all, this is the same woman who tells me I “hit the nail on the nose” when I get things right.

Leia, my best friend, sits to my left. Catching my attention, she mouths “what?” and gestures with a nod to the front of the room, where Madame Houle is describing how we’ll be preparing for the Advanced Placement exam. I shrug back at her. Languages have always been a cinch for me, so this is the one class where I’m not too worried.

The same is not true for AP Bio, AP European history, or AP English, which fill the rest of my day. By the time school ends, I’m exhausted. “What was I thinking, anyway, signing up for such a hard year?” I complain to Leia, yet again, as we get in the car to drive to swim practice. “Aren’t seniors supposed to skate through?”

“Get real. Don’t try pretending you’re not an overachiever.” She laughs. “We all know you want to get out of sleepsville St. Philomena and go off to college.”

“Whatever.” I poke her arm with my elbow. “Don’t we all?” Looking around at the emptying parking lot, I ask, “So, just us two today?”

“My brother’s getting a ride home from Kaydee,” she tells me, pulling a face. “I can’t imagine what he would see in her.” 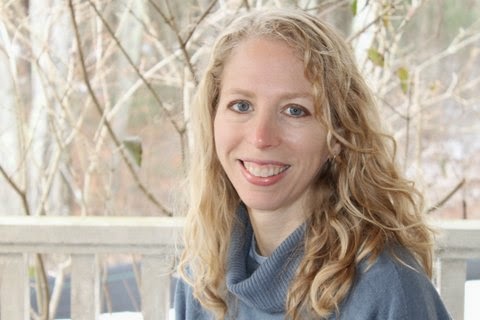 Bio:
If Deborah Kreiser had three wishes, they would include: a lifetime supply of calorie-free chocolate, a self-cleaning house; and the ability to expand time as needed. When not dreaming of her next plot, she teaches nature programs to preschool kids in Massachusetts, where she lives with her husband and two young daughters.

TOP FIVE YOUNG ADULT BOOK BOYFRIENDS:
There are so many to choose from! These guys are what leap to mind. They're all super-nice, super-hot, and support their girlfriends in all things that matter. The fact that they're great kissers doesn't hurt, either.

5. Jase from MY LIFE NEXT DOOR by Huntley Fitzpatrick
4. Justin from EFFORTLESS WITH YOU by Lizzy Charles
3. Percy Jackson from his own series by Rick Riordan
2. Four from the DIVERGENT series by Veronica Roth
1. Peeta from THE HUNGER GAMES series by Suzanne Collins