Acting Up: A Fun Inspirational Romance From Kristin Wallace

Kristin Wallace is back in the spotlight with her new Inspirational Romance, 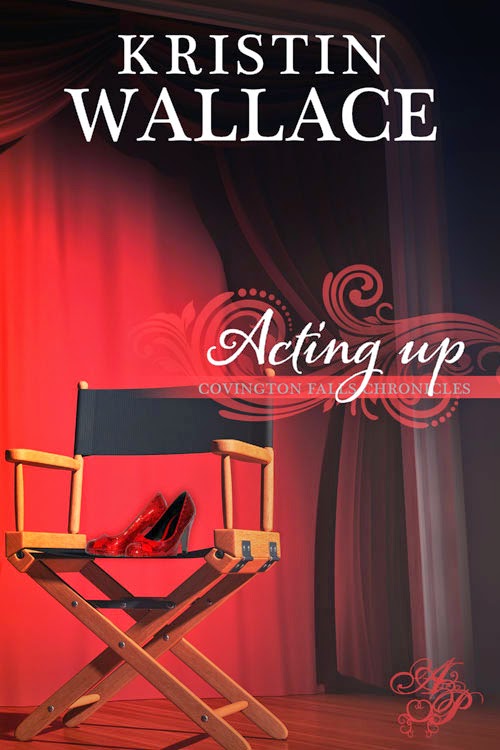 Acting Up is a contemporary inspirational romance set in the fictional Southern town of Covington Falls.

Addison Covington is the reigning Ice Queen of television. Until her producer husband falls in love with her on-screen daughter and a well-placed punch on national television casts her as the wicked ex-wife. Fired and disgraced, she escapes to Covington Falls to try and figure out how to save her career. Before Addison can say “Casting Call” she's drafted to direct the high school musical.

Life is constantly on the brink of chaos for widower and single father Ethan Thomas. As a high school principal he also has to deal with hundreds of students. Now, he’s short one drama teacher and if he doesn’t find someone to direct the spring musical he’s going to have a riot on his hands. His childhood neighbor, Addison Covington, could be an answer to prayer. Or one more complication he can’t afford.

Soon Addison dealing with some off-key caterwauling, a bitter stepson showing up, and the sexiest high school principal she's ever met. One thing Addison and Ethan agree on is that there’s no room in their lives for romance. He’s got too much at stake, and she needs to reclaim her former glory in Hollywood. In the end, these two lost souls will choreograph a happy ending with the help of Grace, Love and a Curtain Call.

Dear Diary... I died today.
Deliberately plowed down in the middle of the street by the proverbial black, unmarked car. My funeral will be mobbed by the movers and shakers of the fashion world on three continents. The inquiry into my death will bring about a national manhunt for my killer and spark at least a half a season’s worth of who-dunnit episodes.
The list of suspects will be a mile long. My faithless husband? My nemesis and rival in romance and in business? My drug-addicted son? My angelic daughter? Wronged business partners? Wronged business adversaries? Pretty much anyone who ever had the misfortune to cross Corrine Barrett. Or get in my way.
“Cut!”
“We got it.”
“Let’s set up for the next scene.”
Shouts went up as the director called out instructions to the crewmembers. With a deep sigh, Addison Covington opened her eyes. Rolling onto her hip, she performed an inventory of the various parts of her body. After being jerked back by the harness attached to her waist and landing on an air mattress in the middle of the street, she’d expected to feel like the roadkill Corrine had become. Her back would be protesting the abuse tomorrow, but for now she was only a little sore.
One of the grips approached her landing pad and helped her stand up. “You all right, Addison?”
“Never better, Charlie.”
Yeah, she wasn’t really dead. It just felt that way.
Corrine Barrett-Channing, ice queen and ruler over the Barrett Empire in the hit drama House of Fashion, was toast. But Addison Covington, her portrayer, was sadly still of this earth.
She slipped off the jacket of her white Armani suit so Charlie could remove the harness and fought back a wince. Perhaps she’d been wrong about only being a little sore.
Charlie scowled. “I told you to let your stunt double handle the fall.”
“I’ll be fine.”
Even as he unhooked the contraption, other crewmembers removed her landing pad, setting up the scene to reveal Corrine’s body lying in the street. At least Addison would be spared the humiliation of having to play dead. That job would go to her stand in.
Addison’s job here was finished. Literally.
“Stubborn woman,” Charlie said with a gruff affection as he took off the harness.
“Thank you, Charlie,” she said, kissing his cheek. “You’ve always been a prince.”
He shuffled his feet and then leaned in closer. “You deserve better, Addison.”
“Not according to the gossip rags. They all think I should be burned at the stake.”
From behind her, a familiar feminine voice rang out. “You punched America’s sweetheart in the nose. What did you expect?”
Addison glanced around to see her on-screen nemesis and off-screen best friend, Sydney James, approaching. “I expect it should be acceptable to rearrange someone’s face after she’s stolen your husband, but then I’m old-fashioned that way.”
Sydney laughed, and they both stood on the sidewalk watching the organized chaos unfolding. For several moments neither of them spoke.
Then Sydney bit her lip. “I hate this,” she said, fury and desolation etched in every word. “I hate what’s happened to you. I hate that you won’t be here with me anymore, and I hate that he gets away with everything.”
“Look on the bright side,” Addison said, digging her nails into her palm, hoping the pain would stave off the urge to curl up in a fetal position and wail. “You’ll probably never have to film a fight scene in a mud-bath again. Who knows, maybe Merrick will change his mind, and I’ll be back as my evil twin someday.”
A gurgle of laughter mixed with a sob escaped. “I think Corrine Barrett is the evil twin,” Sydney said, tears swimming in her green eyes.
“The good twin then. It would certainly be a stretch for me to play, right?”
Sydney took Addison’s arm. “Come on, there’s nothing more to see here.” They headed to the dressing trailers down the block. “You’ll need a hot bath tonight. Otherwise you won’t be able to move tomorrow.”
“What I need is my job and my husband.” 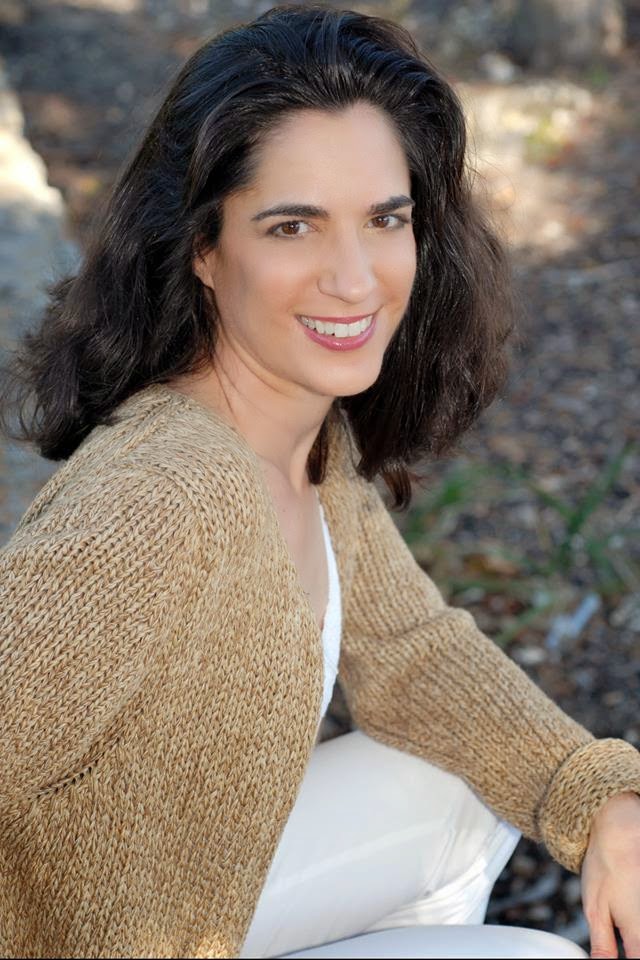 About Kristin Wallace
Growing up Kristin devoured books like bags of Dove Dark Chocolate. Her first Golden Book led to Laura Ingalls Wilder, Nancy Drew, Encyclopedia Brown, C.S. Lewis and the Sweet Valley High series. Later, she discovered romance novels and fell in love all over again. She writes inspirational romance and women’s fiction filled with love, laughter and a leap of faith. When she’s not writing her next novel, Kristin works as an advertising copywriter. She also enjoys singing in her church choir and worship team and playing flute in a community orchestra. Kristin is a member of Romance Writers of America and serves as President of the local affiliate chapter, Florida Romance Writers. This is the second book in the Covington Falls Chronicles. Be sure to check out the first book in the series, Marry Me.
Connect with Kristin:
Website: http://KristinWallaceAuthor.com
Facebook  - http://facebook.com/KristinWallaceAuthor
Twitter – http://twitter.com/KWallaceAuthor
Amazon: http://www.amazon.com/Kristin-Wallace/e/B00G5KX80I


Goodreads: https://www.goodreads.com/author/show/7361414.Kristin_Wallace
Posted by Ariella Moon at 6:00 AM