Finish Your Book in Three Drafts

Stuart Horwitz is the author of Book Architecture: How to Plot and Outline Without Using a Formula, and Blueprint Your Bestseller: Organize and Revise Any Manuscript with the Book Architecture. He recently discussed “Finish Your Book in Three Drafts” with the Palm Springs Writers Guild. Horwitz’s methodology combines “keep it moving” aspects sure to appeal to pantsers (authors who prefer to write by the seat of their pants), and fresh organizing tools for plotters (writers who like to outline their plots).

First Draft
“The memory is the best way to discover the memorable.”

One of the three main concepts in Horwitz’s Book Architecture Method is scene. After your first draft has been completed, Horwitz suggests breaking down your book into scenes. Make a scene list without looking at your manuscript. Write down every scene you can remember. Chances are, you will remember the most crucial scenes.

Next, print your manuscript and take the scissors to it. No, don’t destroy. Cut it into scenes. You may notice a few skinny strips of paper—tiny scenes that aren’t crucial to the book. Throw them in the To Be Deleted pile.

Second Draft
As you plow through your scenes, a pattern should emerge: your theme. Now you can develop a second writer’s tool, a series grid. Horwitz defines the word “series” not as a series of related books (such as The Teen Wytche Saga), but as “The repetition and variation of a narrative element so that the repetition and variation creates meaning.” Horwitz sites J.K. Rowling’s series grid,

but you may find it easier to decipher a transcribed version of her grid on C. S. Plotcher’s guest post on the wonderful blog, The Better Novel Project.

Once you have your scene list, your scene cut outs, and your series grid, draw a bulls-eye/target and place your theme in the center. Now take those cut up pieces of your manuscript, your scenes, (or as Horwitz says, “series”) and arrange the core scenes/series around the bulls-eye. 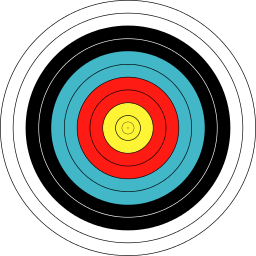 Third Draft
“Not everything needs to change.”

Decide which scenes need to be cut. Then ask yourself, “What is missing?” Revise accordingly.


Often by the time a writer completes a final draft of their book, they have become burned out on the story. Horwitz believes his method will get you to the crucial final draft while maintaining a fresh feeling about your story. For any author (raises hand) who has hit that editing wall, Horwitz’s “Finish Your Book in Three Drafts” is worth a try.