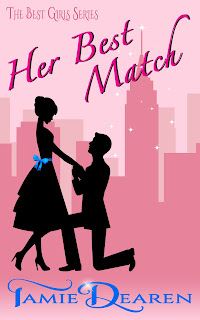 Get your romance fix!

Do you love that "ahhhh" feeling you get when you read a sweet romance? Especially when you get to that inevitable happy ending?

Tamie Dearen's romantic comedy series, The Best Girls, can satisfy that craving. And the first book of the series, Her Best Match, is currently free. But beware.... it's addicting!

The limited-time price-reduction for Her Best Match is already in effect, in preparation for March 13, the day of the big sale and the release of A Rose in Bloom, a serial romantic comedy. Unlike anything you've ever read before, A Rose in Bloom was written and published in small parts, week-by-week, on Tamie Dearen's blog, to the simultaneous delight and frustration of her devoted readers. Now, for the first time, the complete serial romance will be available to read as a novella. You can pre-order for only 99¢, but only though the March 13 release day!

Feisty, stubborn, and bored with life in Texas, Anne Best is about to get more than she bargained for.

The lovely widow heads off to the Big Apple for a job interview, expecting no more than a few days adventure in New York City, only to find herself with a new job working for the most infuriating man she's ever met.

Billionaire Steven Gherring is one of New York's Most Eligible Bachelors, and he has every intention of staying that way. But Gram has other ideas. She's on a not-so-secret campaign to find a wife for her grandson.

As fearless as she is clumsy, Anne tackles every challenge (including her new boss) enthusiastically, with two lone exceptions... public speaking and recognizing her own feelings. Passions rise along with hemlines as Gram joins forces with Anne, a veteran matchmaker, to find the perfect match for Steven.

Get Her Best Match free on Amazon, Nook, iTunes, and Kobo!

Own the entire Best Girls Series for $9! 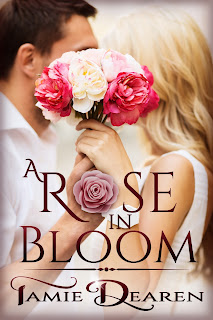 Elyssa Rose has delicate flowers in her hands and a muscular guy on her mind.

The talented owner of A Rose in Bloom is determined to make a success of her floral business. And she doesn't want or need a man's help or interference! But trouble shows up in the form of her handsome, but antagonistic, neighbor, Jaxon McCall, a gym owner whose sole purpose is to buy her building from her.
Jaxon McCall once had his eye on Elyssa's building, but now he can't take his eyes off her.
Magnetic attraction draws them together, even as their stubborn personalities drive them apart.

A Rose in Bloom is now available for pre-order on Amazon. Discounted to 99¢ through the March 13 release date! 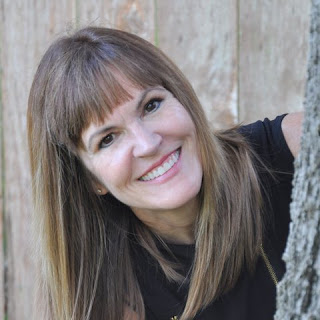 Tamie Dearen lives with her very romantic husband of thirty-three years. She has two beautiful daughters, two amazing son-in-laws, and one awesome grandson. She plays piano, flute, harmonica, keyboards, and guitar, and loves composing and art. And she hates housework. She has been a dentist in private practice for thirty years. She stays busy playing on her church's praise team and leading a weekly Bible study. In her spare time, she writes books.

Tamie specializes in writing “clean’ books without excessive violence, offensive language, or explicit sex. She has published a Romantic Comedy series called The Best Girls, which includes a free novella and four full-length novels, and recently published her first Christian Romance, Noelle’s Golden Christmas. She has also published the two books in a Young Adult Fantasy series, Alora: The Wander-Jewel, and Alora: The Portal. To combine her love of music with her writing, Tamie composed the background music for the Alora Series video trailer and a Christmas song, which is linked in the back of Noelle’s Golden Christmas. Her latest book, A Rose in Bloom, a romantic comedy serial story, is available for pre-order and will be released March 13.
Tamie met her husband as a freshman in college when she acted out of character on a whim. One night in the library lobby, she spied a cute guy with his first name written on the back of his shirt. She called out his name. When he approached to talk to her, she pretended that she'd met him before, asking about his classes and how he liked college. To her surprise and delight, he also pretended that he knew her, but of course he didn't know her name. They continued this false relationship for two months. Each time they saw each other, an event that occurred three times per week at the cafeteria, he would pretend he knew her. Meanwhile, all of Tamie's friends were careful not to reveal her name to him. When he finally admitted his ignorance of her name, he was astonished to learn the truth. And the rest is history.