I am pleased to welcome back to the spotlight 2014 RONE Awards Winner, Christi Corbett.
Tainted Dreams is Christi's second sweet frontier romance. 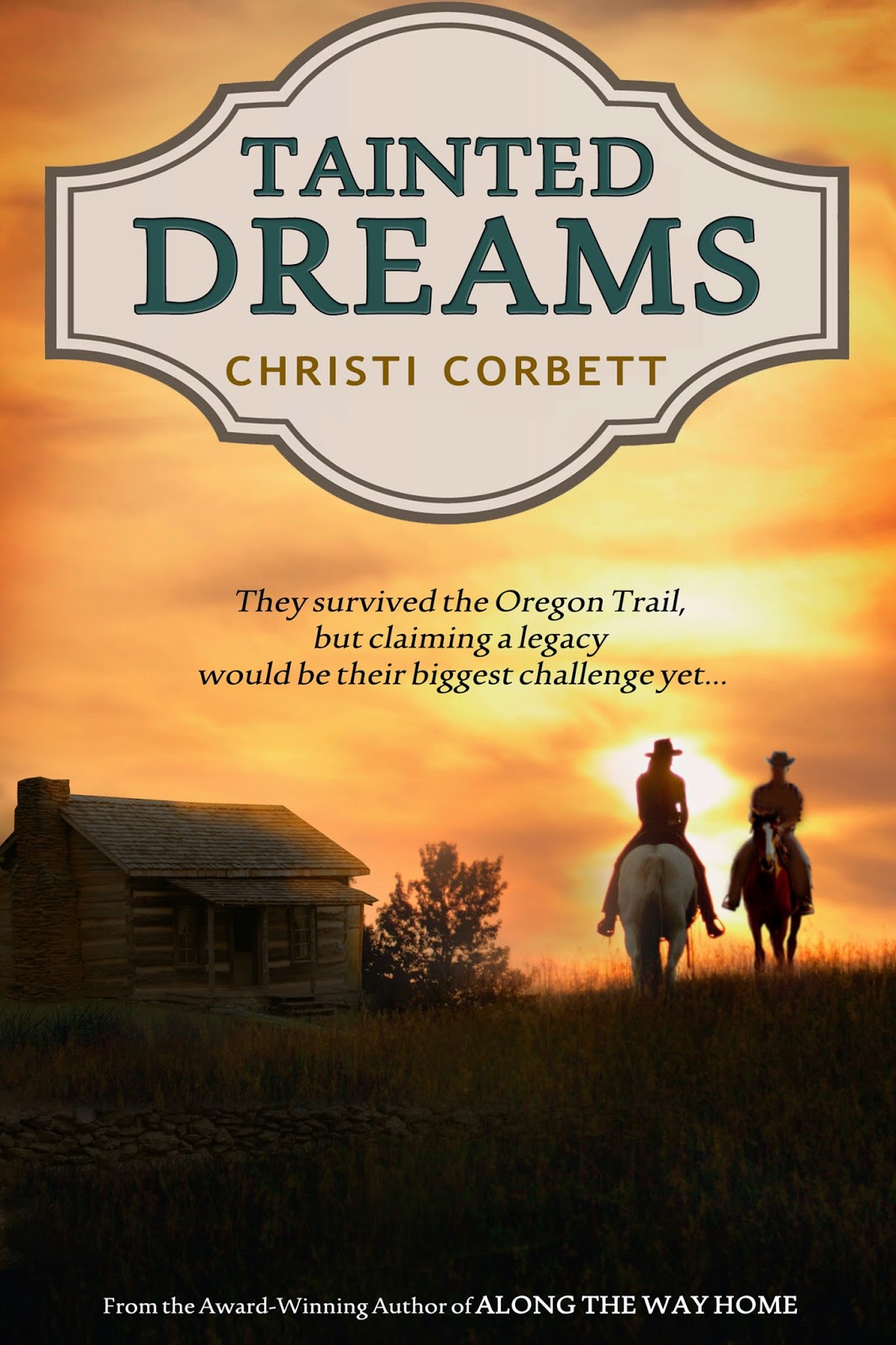 They survived the Oregon Trail, but claiming a legacy would be their biggest challenge yet…

Back cover copy:
Sometimes, the end justifies the means…

Kate Davis arrived into Oregon City transformed from a pampered daughter of fortune into a determined woman with a plan--fulfill her father's dream of starting a horse ranch in Oregon Territory.

She quickly discovers a harsh truth--even thousands of miles from home, on an unsettled land America doesn't yet own or govern, gender still takes precedence over ability. Refusing to be ruled once again by the stifling laws and societal norms she'd escaped by leaving Virginia, Kate begins creatively claiming what is rightfully hers.

Until a visit to the land office changes everything.

Jake Fitzpatrick guided Kate across the Oregon Trail, and fell in love with her along the way. Now he wants to marry her and build a life together, but a ruthless man from Jake's past threatens to reveal a dark secret, and destroy everything he's worked so hard to achieve.

Excerpt: (Jake, Kate, and two people they rescued on the Oregon Trail, William and Margaret, have entered Oregon City. They are looking for the hotel.)

At the end of the block a man burst from the saloon and stumbled into the street, stopping mere inches from Jake's horse, Plug. Instead of backing away, the man lurched forward and reached for Jake's saddle horn.

"Hey there!" Jake said. Raising his left leg, he ignored the resulting twinge of pain and shoved the stranger aside with his boot heel. "Watch it!"

The man drew back and stared at him, his eyes bloodshot and unfocused. He raised an unsteady finger, slurred an unintelligible response, and then fell face-­first into a patch of mud.

On the upper deck of the saloon a horde of harlots stood clustered together, giggling and shrieking as they pointed toward him. Clenching his jaw, he focused on the street ahead, all the while hoping Kate didn't notice one woman in particular who'd separated herself from the others and was now hanging over the railing, calling him by name.

Jake pressed his boot heels into Plug's side, urging him to a steady trot. Thankfully the others followed and they quickly left the saloon behind.

Minutes later, Kate motioned to the end of the street. "William, we're running out of road and I still don't see a hotel."

William pulled a rumpled paper from his pocket. He studied it briefly and then eyed the surrounding buildings. "My uncle sent me a rough sketch of where it's located, but there are so many new buildings, it's useless. Jake, do you know where it's at?"

Jake shook his head. "There wasn't a hotel the last time I was here."

"Perhaps one of those men sitting in front of the apothecary would know?" Margaret suggested.

"We'll find it ourselves," Jake replied. He led the group around the corner and onto the next street.

Buildings, so new their fresh pine scent still hung in the air, lined one side of the street while the other side held only two—an enormous livery and a two-­story building with the word Hotel prominently displayed on a white sign with black lettering. A matching sign beside a light-­rimmed window read Rooms Available by the Day or Week.

They dismounted, secured their horses to the empty hitching posts in front of the hotel, and headed for the door. William reached for the glass knob, then turned to the others with a worried frown.

"I haven't seen my uncle in over seven years, so I don't know what to expect. Though from what I've observed so far, living out west doesn't seem to improve manners." He stepped inside and ushered Margaret and Kate through the doorway. Jake followed them, then stopped cold.

Behind the hotel's front desk sat Theodore Martin—the one man Jake never wanted to see again as long as he lived. 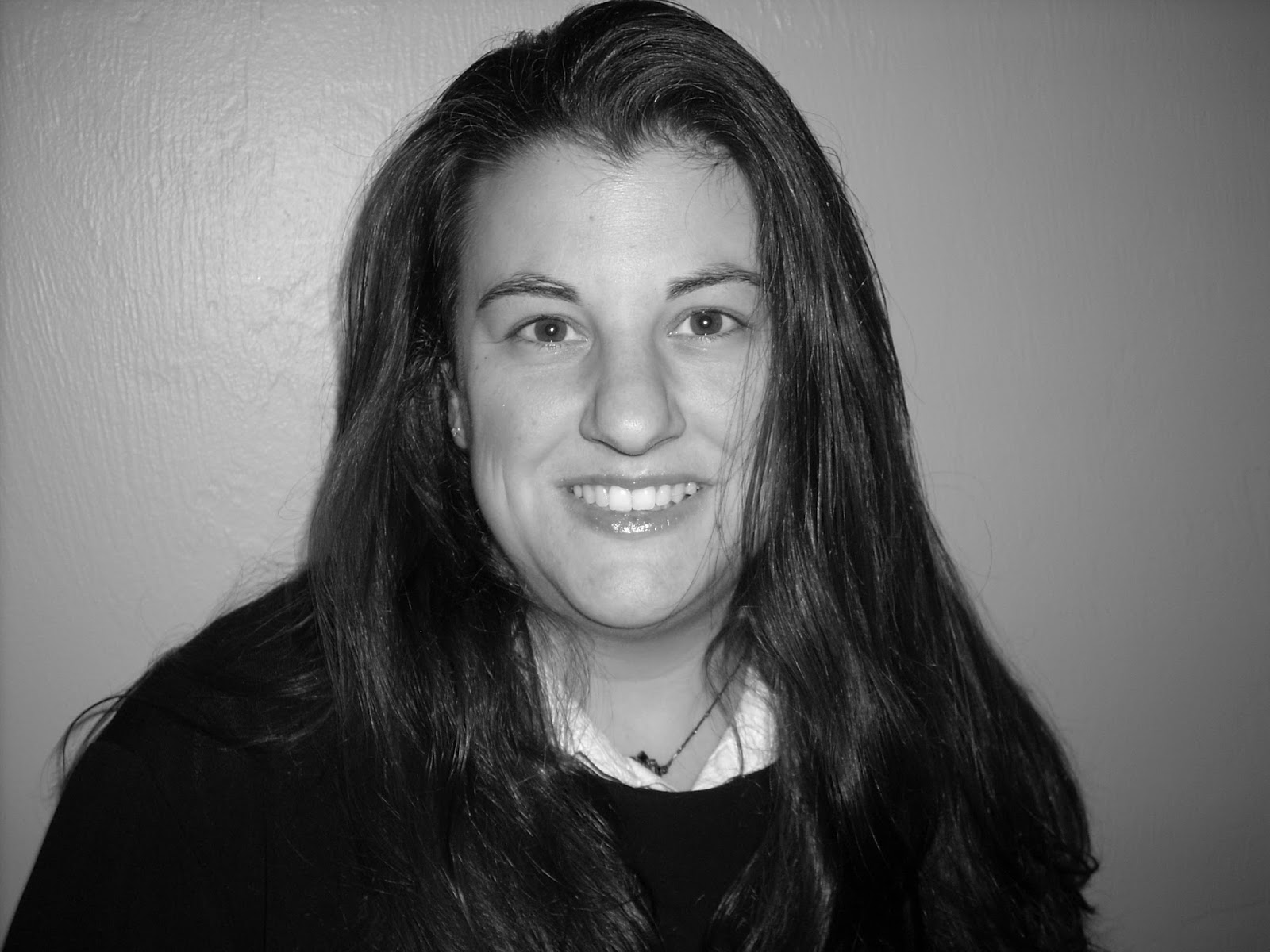 About the Author:
Christi Corbett, winner of the 2013 RONE Award for Best American Historical novel, lives in a small town in Oregon with her husband and their twin children. The home's location holds a special place in her writing life; it stands just six hundred feet from the original Applegate Trail and the view from her back door is a hill travelers looked upon years ago as they explored the Oregon Territory and beyond.

Available from the following retailers: 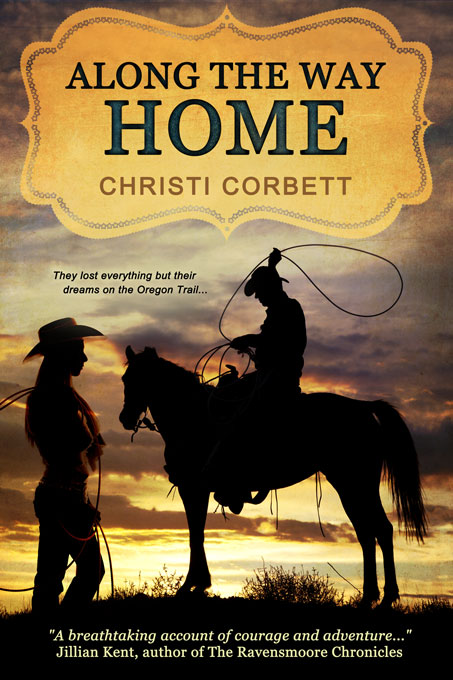 Along the Way Home

They lost everything but their dreams on the Oregon Trail… 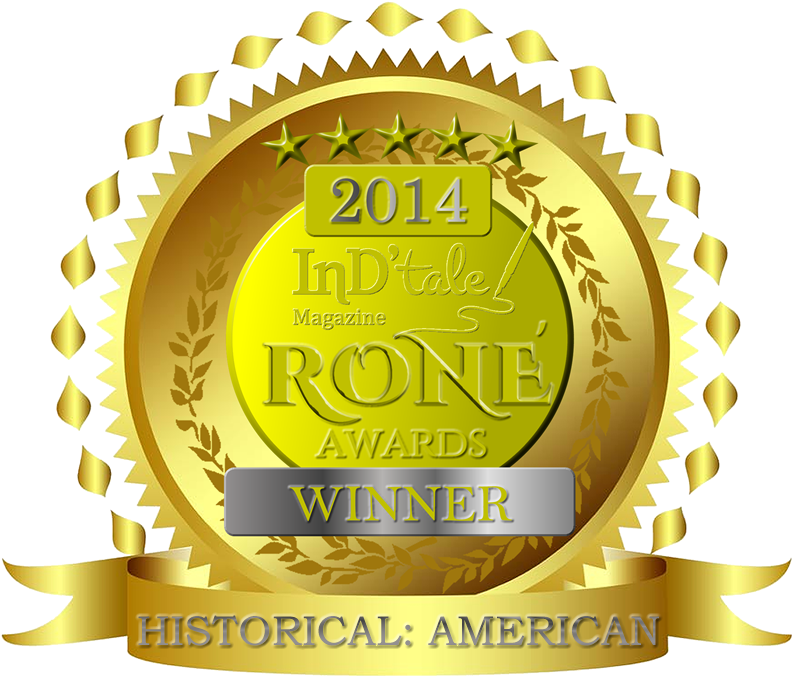 Back Cover Copy:
Kate Davis is intrigued when her father reveals his dream of starting a horse ranch in Oregon Territory. Settlers out west value a strong woman, and though she manages the financials of her father's mercantile her competence earns her ridicule, not respect, from Virginia's elite society.

Jake Fitzpatrick, an experienced trail guide, wants land out west to raise cattle and crops. But dreams require money and he's eating dandelion greens for dinner. So when a wealthy businessman offers double wages to guide his family across the Oregon Trail, Jake accepts with one stipulation--he is in complete control.

Departure day finds Kate clinging to her possessions as Jake demands she abandon all he deems frivolous, including her deceased mother's heirlooms. Jake stands firm, refusing to let the whims of a headstrong woman jeopardize the wages he so desperately needs--even a beautiful one with fiery green eyes and a temper to match.