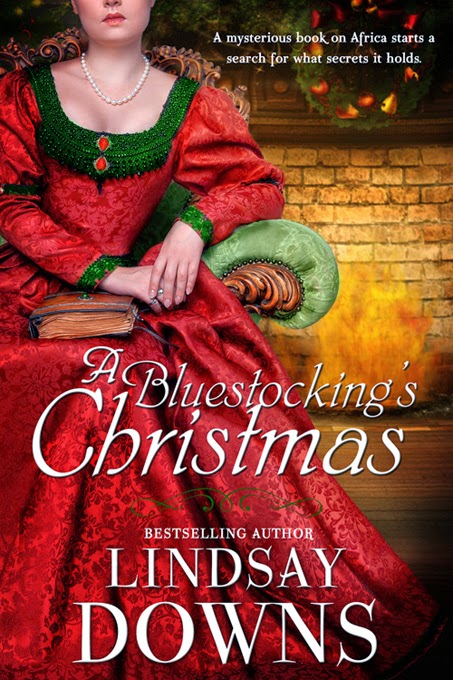 As I count down the week until Spell For Sophia debuts, let me introduce you to Lindsay Downs, whose Christmas Regency romance also launches on November 11 from Astraea Press. Don't you love the cover? I do!


A Bluestocking’s Christmas
Blurb-
Lady Brittany Sexton loves her newest book on Africa but she quickly learns keeping it in her possession is difficult. For her, the problem lies with Lord Samuel Palmer, who believes ladies should not read inappropriate tomes. Part of Lord Palmer’s fascination is the cryptic messages found in the margins. What quickly develops between Lady Brittany and Lord Palmer is even more confusing.
As Christmas draws nearer and with the book still in her possession, Lord Palmer follows her to her parents country estate.  It’s there they, along with some friends, slowly make sense of the notes.
During all of this, Lady Brittany learns a fact about Lord Palmer that disturbs her greatly—why he desired the book. To clear her mind and think about her answer to Lord Palmer’s sudden proposal, she goes for a horseback ride, only for disaster to strike.
Once well, she returns home. Lady Brittany now has to make a life changing decision. Can she… will she marry Lord Palmer ?

Excerpt-
“Lady Brittany, what an unexpected pleasure meeting you. Then again, it’s well known within the ton you’re a bluestocking so I’m not that surprised on seeing you here,” he informed her with a bow.
“M’ lord, I’m truly astonished to see you at such a fine establishment as Mr. Winterbottom’s. After overhearing your conversation last night, I wasn’t sure you knew how to read. Now please remove yourself from in front of me so my maid and I may return home,” she demanded.
This time, much to her amazement, he did as asked and without saying anything until she stepped out the door and about to descend the steps.
“I hope you were able to find a book or two so you won’t be lonely at the ball this eve,” he sniped at her.
“Of course I did,” she snapped back while holding up the wrapped one on Africa.
From the expression she saw in his dark brown eyes, Brittany suspected he knew exactly what the book was but she didn’t want to say anything.
“Now, I must bid you good day m’ lord as you’ve detained me long enough and I’ve dress colours to look at and discuss. After all, isn’t that one of the few topics ladies can and are able to expound on?”
Brittany watched as he tried to say something in response to her comment. When, out of frustration all he could do was shrug his shoulders she suspected this tiny battle had been won. Turning on her heels she, with a glance to Aggie, set off for her way home.
As they fought the cold and the wind blowing down the street the heavenly scent of fresh-baked rolls caught Brittany’s attention as they came upon a tea room. With a glance to Aggie she cocked her head toward the shop.
“The fragrance of those cinnamon buns is making me hungry. Shall we stop in for tea and a bite to eat? I’m sure Lord Palmer will be rushing to find me and insist I turn over my book to him,” Brittany suggested.
“Aye m’ lady. If he’s in a rage as you suspect, he won’t be looking in the windows for you. Then, we can leisurely enjoy the offerings before returning home, where, if I don’t miss my guess, you’ll bury yourself in the book,” Aggie said in a teasing tone.
“You’re so correct. I wager we could take a front table as he won’t even look in, thus allowing us the opportunity to giggle at his antics,” Brittany said arriving at the door to the tea room.
As they stepped into the bakery they were met by a short, plump lady with rosy cheeks and her hair tied back in a bun. Behind her a young lad nervously shifted from foot to foot.
“M’ ladies, welcome to The Sweet Bun. How may I be of assistance on this cold morning?”
“May we could have a pot of tea, Earl Grey if possible, and two of those heavenly cinnamon rolls? Also, as you have a front table near the fire we would like to sit there,” Brittany answered.
“Certainly, and I’ve the tea you prefer. My son would be happy to take your pelisses,” the woman said, turning to the young boy and waving him forward.
Once relieved of their outerwear the ladies swept over to the table they’d requested. Taking a seat so she would be able to look out at the street Brittany started to unwrap her book but thought better of it.

Bio-
What does it take to be a bestselling author? Determination, skill, talent, luck or taking a risk with a 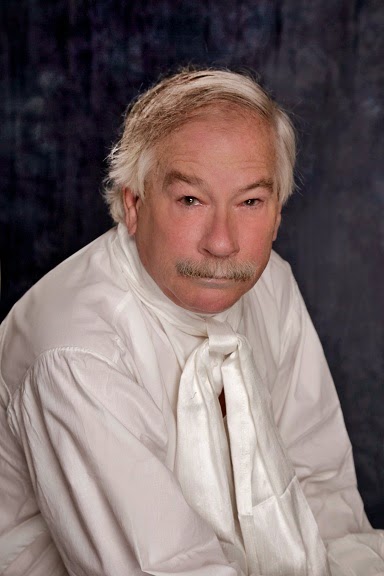 venture into a totally new genre. For me it was a little of some and a lot of the others.

In 2008 when I got two books published I thought it was due to skill; little did I know it was more luck than anything. Over the next three years I wrote, submitted, got rejected. I then did what I tell everyone who asks; I wrote some more. I didn’t give up.
More on a dare than anything I tried my hand at a regency, one of the most difficult genres because of the rules, which I might add I broke almost every one. Within two days of its release the book was on a best seller list and stayed there for two months.
Turns out it is all of the aforementioned.
After two failed marriages, one from divorce while with the other died unexpectedly I decided upon retirement to move. That opportunity came in September 2012 when I migrated to Texas.
For me, as a multipublished author, it was one of the best things I’ve done to date. Now, every day I can write, creating stories to take my readers to places they can only dream about.
I’m also a member of the Published Authors Network (PAN) by the Romance Writers of America (RWA).