Travel The Two Realms to the Bosta Iron Age House

Bernera, near the Isle of Lewis, Outer Hebrides, Scotland

Your steps will quicken when you cross the short wooden bridge that leads to the Bosta (Bostadh) Iron Age House, a must-see experience for travelers in the Outer Hebrides, Scotland. As you take note of the babbling brook, and the emerald upward sloping glen dotted with daisies and buttercups, you may feel transported to a Tolkien shire.

The Bosta house is semi-subterranean, with only the tops of the double walls and the timber roof visible above ground. These were covered with sodded peat during my visit. The peat, the knowledgeable docent explained, had proven to be quite delicious to the hungry local rabbits. From some angles, the dwelling blended so well with the surrounding glen, one barely noticed it. Small details like this is why, as a novelist researching settings for The Viking Mist Great Bernera (often referred to as just Bernera) proved to be such a treasure trove.

The only door is accessed via a few stone steps that curve downward toward a very low opening with a heavy stone lintel. The design was meant to prevent wind from blowing the door open. But for my novel, I imagined the semi-subterranean structure, with its hidden-from-sight door, as excellent camouflage and defense against Viking intruders. But what if the design inadvertently blocked a Halfling on a desperate quest to find a potion stolen by the human mother he never knew? Excerpt from The Viking Mist

He had almost missed the low, oval farmhouse, cleverly hidden behind a berm and topped with a sod roof. Had the sun’s last rays not glanced across the sheep in their hidden pen, he would have leapt past it. His sudden appearance had set the sheep crowding and bleating. Certain he had landed in the right garden next to the pen where he had seen his mother, he now waited, hoping it was her behind that door.

Shivering from nerves, he drew his cloak tightly around his body. The breeze iced, carrying the musty, metallic stench of Cold Iron. His chest tightened, and his skin beneath the serpent bracelet burned.
Thank you for visiting the Two Realms with me! There is so much more to see, but for now I must return to writing the sequel to The Viking Mist.
Until next time, be kind and magical. Happy reading!
~Ariella 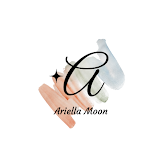