The Fairy Cat of Iona 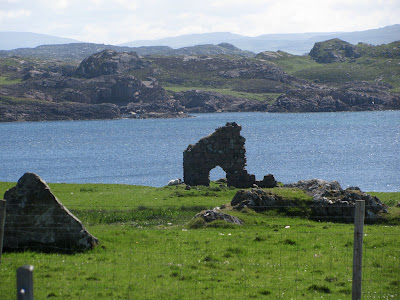 Many see only the human realm.To them the second realm, inhabited by fairies and mythical beasts, goddesses and gods, sorceresses and wizards, is invisible. But if you steady your gaze on liminal spaces at just the right time, you'll discover the Two Realms coexist. One such place is Iona.
Iona, a small Scottish island in the Inner Hebrides, inspired I-shona (the sacred isle) in The Viking Mist. I confess, Iona's overwhelming association with Saint Columba and Celtic Christianity placed it low on my Must See list during my second research trip to Scotland. But how could I ignore a small island that was the also the target of Viking raids and the final resting place of Scottish and Viking kings?
Modern-day bard Scot AnSgeulaiche led our Celtic Spirit Journey. Scot and a few others from our small group were ahead of me the day we hiked to Iona's fairy mound. A cat crossed the path as one woman asked, "Do you think we will see any fairies?"
Scot pointed to the cat. "There's one."
Right. Being allergic to cats, I paid scant attention to the tabby. My daughter, however, stopped to pet the cat. After we spent some time on the grassy fairy mound, the sun grew low in the sky, signaling the onset of dusk (gloaming), a liminal "between" time. The air chilled. Descending the mound,  we again encountered the cat, which appeared to have been waiting for us. The fairy mound must have gifted me with the Sight, because now I noticed the cat's eyes were abnormally large and round, not at all as they had initially appeared. The cat's bright eyes now swirled with colors, magic, and mischief. Seeing my shock, the fairy feline grinned.
The encounter fostered within me a new understanding of the Fairy realm. It also gave birth to a new Two Realms character, Muirgen, a shape-shifting fairy cat. You will first meet Muirgen in The Viking Mist.
The coves and caves near Iona proved equally surprising and magical. I will tell you about them in next Tuesday's Travel The Two Realms, when a sailing adventure led to a scary paranormal discovery.
Until then, be kind and magical. 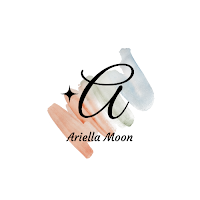