A New Release from Sherry Ewing and the Bluestocking Belles


One of my favorite medieval romance authors, Sherry Ewing, returns to the spotlight with
"The Piper's Lady" in NEVER TOO LATE: A Bluestocking Belles Collection. 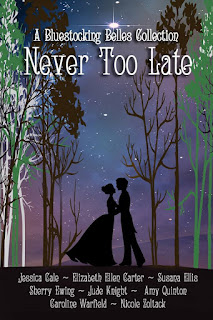 True love binds them. Deceit divides them. Will they choose love?

Coira Easton spent her youth traveling with her grandfather. Now well past the age men prefer when they choose a wife, she has resigned herself to remain a maiden. But everything changes once she arrives at Berwyck Castle. She cannot resist a dashing knight who runs to her rescue, but would he give her a second look? 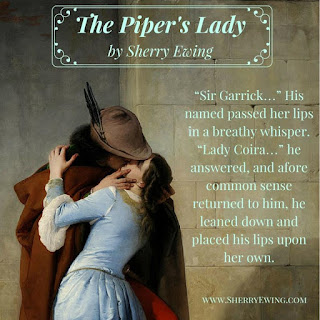 Garrick of Clan MacLaren can hold his own with the trained Knights of Berwyck, but as the clan’s piper they would rather he play his instruments to entertain them—or lead them into battle—than to fight with a sword upon the lists. Only when he sees a lady across the training field and his heart sings for the first time does he begin to wish to be something he is not.

Will a simple misunderstanding between them threaten what they have found in one another or will they at last let love into their hearts?

“You saved me,” she whispered in a shaky tone. “You are truly a gallant knight to rescue me. Your liege lord must value you as one of his warriors.”
Warrior? Him? He opened his mouth to correct her assumption but could not find the words. He knew she would think less of him if she but knew he was only the clan’s piper.
“Are ye harmed?” he murmured, still holding the pleasing womanly curves of the lady who had not yet moved from atop him. Her brow rose, and Garrick inwardly cursed knowing there was no way to hide his Scottish accent.
“Nay, but only because of your ability to move so quickly. Thank you, Sir…” She left her sentence linger in the air between them.
“Garrick,” he answered, giving her his name, “of Clan MacLaren.”
“My thanks, Sir Garrick,” she replied with a kind smile.
They seemed to come to the realization the lists had become eerily silent with the exception of one person running in their direction.
“Get your hands off her!” a voice bellowed.
Before either of them could move, the woman was ripped from his arms, and Garrick saw her enveloped in the fierce embrace of Morgan. Her arms wrapped around his neck, and Garrick could not help the feeling of jealousy assaulting his emotions and tugging at his heartstrings.
“Coira! By St. Michael’s Wings you gave me such a fright, woman,” Morgan scolded in concern. Setting her down upon her feet, he proceeded to clasp both her cheeks afore placing kisses on each.

Help Sherry Ewing and the Bluestocking Belles spread the word:

True love binds them. Deceit divides them. Will they choose love? The Pipers Lady by @Sherry_Ewing @BellesInBlue #NeverTooLate

Garrick of Clan MacLaren has played his instruments to entertain the inhabitants of Berwyck Castle since he was a wee lad. Unknown to the knights who serve the Devil's Dragon, master of the castle, and who heckle him upon the lists, he has spent late hours secretly practicing with sword in hand to one day prove his worth.

Lady Coira Easton has spent many a year traveling with her grandfather ’til the time of his passing. Now, well past marriageable age, she finds herself the ward of her powerful cousin, the Devil's Dragon. He will determine her future husband, and will look no lower than a knight. Considering Coira's age, a nunnery might be her only option. 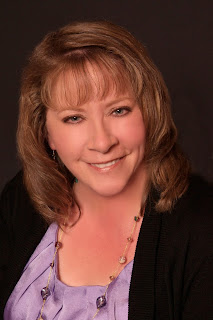 Sherry Ewing picked up her first historical romance when she was a teenager and has been hooked ever since. A bestselling author, she writes historical & time travel romances to awaken the soul one heart at a time. Always wanting to write a novel but busy raising her children, she finally took the plunge in 2008 and wrote her first Regency. She is a member of Romance Writers of America, the Beau Monde & the Bluestocking Belles. Sherry is currently working on her next novel and when not writing, she can be found in the San Francisco area at her day job as an Information Technology Specialist. You can learn more about Sherry and her published work at www.SherryEwing.com.