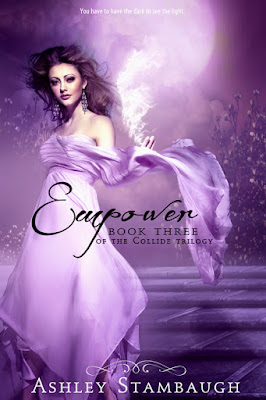 Do you enjoy urban fantasy, suspense, new adult/adult series? Then you are in for a treat, because today's spotlight shines shines on Ashley Stambaugh and her NEW RELEASE,

Over a month has gone by since Melina won her internal battle between good and evil. She and the elders have been vigilantly waiting for Maura and Adelia to enact their plan, but there have been no signs of them anywhere. Then one day, Melina sees a Noxin demon lurking behind an old building. As more and more demons start to appear around town, she begins to worry that their plan may have already been put into play.

While Melina tries to figure out what the demons are up to, she starts to notice a sudden increase in her negative emotions, which in turn seem to be amplifying her powers. At first, she likes how strong it makes her feel. But when she realizes that her newly acquired demon powers are the cause of her sense of empowerment, she wants nothing to do with it. Even though she has reversed her demon powers to do good, she still sees them as coming from an evil source and fears that by using them the evil she fought so hard to overcome will rise up in her again.

But as the demon activity increases, and the people in her town, including all the people she cares about the most, start to display strange and violent behavior, Melina finally understands that if she wants to stop the demons and help her friends, she must embrace not only the good in her but also the bad. Because the only way to truly empower herself is by finding a way to use them together.

You have to have the dark to see the light.

She turned to look at the front of her store and saw that the huge front window had been completely busted in, allowing the chilly winter air to blow right through the room. The rest of the store wasn’t in any better shape. Broken glass, splintered wood, and burnt, ripped up books and paper covered the entire floor. She felt like she should be having déjà vu, seeing as how her store had been destroyed by Noxin demons before, but there was a difference this time. She didn’t have her friends to help her pick up the pieces.
Before she was able to get teary-eyed again, she heard footsteps coming from behind her. She turned around and saw that Walter was back, and he had Phinneas, Cecil, and Helene with him. They all nodded at Henry, who nodded back at them, and then they all returned their focus to Melina.
“Hi,” Melina said as she gave them all a slightly confused look. “What are you all doing here?”
“I thought it was necessary to tell them what’s happening with you,” Walter said.
Melina pulled her robe a little tighter around her and turned her gaze down to the floor. She wondered if they were disappointed in her for not telling any of them sooner.
“Melina,” Phinneas said as he took a step toward her. “None of us blame you for feeling the way you do. The fear you have of your anger and of your demon powers is completely valid. But it’s nothing to be afraid of, or ashamed of. I’ve told you before, not everyone is all good or all bad. We all have good and evil in us.”
“Yes,” Melina said as she nodded her head. “I remember you saying that. But then you also said that we just have to choose which one is going to win, and I chose good.”
“And I’m so glad you did,” Phinneas said. “But just because you chose good and were able to reverse the demon powers to use them for good, doesn’t mean that the bad aspects of the demon powers aren’t still a part of you, too.”
“Melina,” Walter said as he took a step toward her. “To truly embrace all of your powers, you must accept not only the good aspects of them but also the bad. I can only imagine how strong it must make you feel when your emotions amplify your powers, but instead of fighting them and trying to stop them, feel all of those emotions and use them in a good way. Use them to empower yourself.” He paused for effect and then continued. “You have become a force to be reckoned with. You just need to learn to accept them and then control them.”
Melina’s eyes were filled with tears again. His words reminded her of what Lee had told her—that she needed to accept all of herself. She knew they were both right, but she still couldn’t let go of her hesitation and fear.
“But what if it makes me susceptible to being taken over by evil again?” She bit down on her lip as she stared over at Walter with eyes full of distress.
He gave her a reassuring smile. “I know you’re scared, but I also think that you know, deep down, that you’re not going to be taken over by evil again. This is just how the demon powers are going to work in you. We all experience negative emotions, Melina. But it's what we do after the emotions arise that matters. We can act upon those negative feelings and let them control us, or we can feel them, acknowledge them, but then choose not to act on them. And instead of letting them control us, use them as motivation for something good.” He was silent for a moment then said, “You have to have the dark to see the light.”
Melina sat quietly as his last words sunk in. She had never thought of it that way, but he was right. She had both light and dark in her, just like everyone else, but she just needed to make sure that her light always shone brighter. 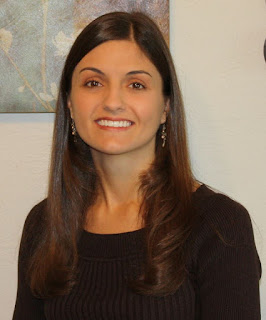 Now, she and her husband live in central Illinois and spend their time creating new memories with their two rambunctious boys. She also enjoys reading, taking long walks, and finding great bargains. When her sons are a little bit older, she has a great desire to travel with her family. Oh, and she also has a slight obsession with chocolate.