Debut author Jessica Freeburg is in the spotlight today with her paranormal Young Adult novel, LIVING IN SHADOWS.

As a shaman, I encounter some pretty spooky situations and entities. Jessica delves into ghosts and the dark side with LIVING IN SHADOWS, so of course, I had questions.

This is your first novel. Where did you come up with the concept? 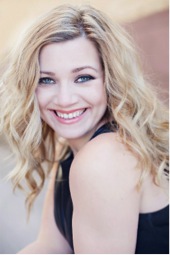 Writing LIVING IN SHADOWS was really an exploration of my own thoughts on life after death and why some people seem to have more paranormal experiences than others. I based Vivian’s ability to see spirits on the Biblical concept of “gifts of the spirit” and specifically the gift of discernment – meaning someone processes the ability to not only see spirits, but also to know if those spirits are good or evil. It’s funny that I wrote Vivian’s character with that principal in mind, but my friends who are not religious loved the story because it was super-creepy. That piece of my faith was in my mind as I wrote it, but there’s no mention of it in the novel. I’m proud that it can appeal to someone who shares my faith, as well as those who don’t. My goal was really just to tell a story that would send a shiver up people’s spines – maybe make them a little jumpy when they hear a noise they’re not sure about.

Has being an author always been your career goal? I know we were both                influenced by our sixth grade English teachers.

I’ve always loved writing. In six grade, my English teacher selected me as a student to attend a special workshop for kids who showed promise as writers. I was so excited. Unfortunately, we had terrible weather that day, and we spent most of the afternoon on our knees in the boy’s bathroom while the tornado sirens blared.

Writing has always been the way I express myself. I wrote poetry and songs during my teen and college years. Mostly songs about heartbreak and why boys sucked. And I started several novels over the years, but never got past the third chapter on any of them. I figured I would be a teacher, which I loved. But then I started having babies and realized, I wanted to be home with them. That’s when I let myself think about writing again. When my oldest child was two, I joined the Society of Children’s Book Writers and Illustrators (SCBWI), and that was really when I decided, I would publish a book or die trying.

Where do you see yourself as an author in five years?
The last two years have been incredible for me professionally. I joined the editorial staff at FATE Magazine and officially became part of the team at Darkness Radio. So I hope I’m still doing those two things five years from now because they’re fun, but also so inspirational to my writing. I will have my next book released in the fall of 2016 from Capstone, and I have two more books planned for THE SHADOWS SERIES. There are some super-cool negotiations going on with another book I’ve completed that I’m so excited about, but probably can’t spill the beans on yet. So in five years, I’m hoping to have that many books under my belt.  I also plan to keep working with my Ghost Stories, Inc. group. It’s hard to say where that will take us in five years, but for sure it’ll take us to some cool, creepy, historic locations where we’ll get inspired.

What is Ghost Stories, Inc., and how does it work into your career as an author?

I think Ghost Stories, Inc. may be unofficially the weirdest children’s writers and illustrators group ever created. We go to historic and often reportedly haunted locations to become creatively inspired. Sometimes that involves a paranormal investigation, and sometimes it’s just being in a space with a rich history that inspires us.


As a group, we’ve been to a variety of places, including locations in California associated with the Charles Manson murder spree. One of my favorite group outings was our hike through the wilderness to find Spahn Ranch. It’s not marked, and the buildings have since burned down, so it was a struggle to find it, but once we did, it was very emotional. Just being in the place where Charles Manson sent his followers out and instructed them to “do something witchy,” caused our giggly group of explorers to become silent. Our mood just shifted. It was incredibly surreal. We also performed an investigation at the home of David Oman, which is located near the entrance of the estate where Sharon Tate and her friends were murdered by the Manson Family. His home has been featured on a variety of “ghost” shows on T.V. Walking up the road leading to the house in the dark, we realized, this is the path the murders walked that night. It was heart wrenching to think about what their intent was as they walked up that same road.

Thanks for answering my questions, Jessica. I can't wait to read your book! 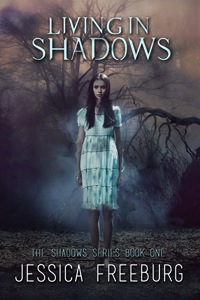 Vivian is able to see things other people can’t.  Things like shadows that move without a maker and hover over people, feeding their depression and fueling their self-destruction.  She also sees kind spirits, guiding and guarding their loved ones against the shadows.
When Vivian’s mother and brother die in an accident, the only option is to reunite with her estranged father at his new home in another state.  Unfortunately, there are shadows in the house, and Vivian tries to avoid them during this time of heartache and anger.  Her brother’s spirit warns about an especially strong shadow at the top of the stairs, one inhabiting the bedroom of a girl who disappeared fifteen months ago.
Once the spirit of the missing girl reaches out to Vivian, she learns the girl was murdered in that bedroom while staring into the eyes of a trusted person possessed by the shadows.  The girl’s spirit is restless, her undiscovered body lies buried in a shallow grave, not far from Vivian’s home.
With her brother’s assistance, Vivian searches for answers in hope the girl’s spirit can move on.  But the shadows are intent on protecting the killer’s identity.  They stalk Vivian.  Her life depends on releasing her own pain and anger, because the shadows won’t stop until she stops searching…or until death finds her too.

Excerpt:
Vivian’s feet planted on the second step from the landing, causing her father to stop abruptly to avoid crashing into her back.
Rebecca was still walking toward the room. “I’ve always thought this pink room would be perfect for a girl.”
“Stay away from the door, Vivian. This shadow is evil. You can’t let it know you can see it!” Thane disappeared before the dark spirit could see him speaking to Vivian.
“Where’s your bedroom?” Vivian pretended not to know as she turned toward her father.
“It’s just at the end of the hallway,” he replied pointing away from the room where Rebecca was standing in the open doorway. She’d already flipped the light on. Pale pink wallpaper dotted with tiny white and fuchsia flowers burst into view behind her.
A shadowy figure darted across the dimly lit room like a large, black dog rushing to examine an unfamiliar house guest, pausing just inches from Rebecca. It was at least a foot taller than her, even as it stood in front of her hunched over awkwardly, partially hidden from Vivian’s view by the bedroom wall flanking the doorway in which her stepmother stood. Its head cocked sharply to one side as it seethed like an angry cat.
Vivian wanted to scream for Rebecca to get out of that room. Instead, she took a deep breath and said calmly, “If you don’t mind, I’d like to have a room closer to yours.”
Rebecca and her father exchanged looks. Vivian held her breath, while the vaporous shadow figure reached a jagged, bone-thin finger toward Rebecca’s face and gently stroked her cheek, its bulk still partly obscured by the wall that separated the room from the hallway. Rebecca shifted her gaze to Vivian, unaware of the touch.
Most people never knew the spirits were present. They didn’t hear them, they didn’t feel them, and they didn’t see them like Vivian did. Sometimes Vivian wished she was one of those people. Life would be so much simpler.
“Of course.” Rebecca flipped the light off as she stepped out of the doorway. The vapor sucked itself sharply back into the shadows of the room. An unearthly shriek pierced Vivian’s ears as Rebecca pulled the door shut behind her.
“We just thought you might like a bit more privacy, but there’s a room right next to ours.” Rebecca smiled at James as she walked past the stairs where Vivian’s body had rooted itself.
Vivian closed her eyes against the high-pitched screeching, as if not seeing would somehow stop her hearing, as well.

Jessica Freeburg has always been inquisitive and loves the challenges of all that life, and the afterlife, has to offer. Her fascination with history and the paranormal fuels many of her creative works. She embraces the fringe and relishes in the examination of what others may take for granted. As the founder of Ghost Stories, Inc., Jessica has performed paranormal investigations at a variety of reportedly haunted locations. LIVING IN SHADOWS: BOOK ONE OF THE SHADOWS SERIES is her debut novel. Her second book, a middle grade nonfiction about the Holocaust will be released in the fall of 2016. She is a news correspondent for the wildly popular paranormal radio show DARKNESS RADIO. She also serves on the editorial staff of FATE Magazine and is the Assistant Regional Advisor for the Society of Children’s Book Writers and Illustrators for the state of Minnesota. In addition to writing books, she enjoys working in screenwriting and documentary production. She lives in Lakeville, MN with her husband and three children.