Theresa Caputo Live and Up Close 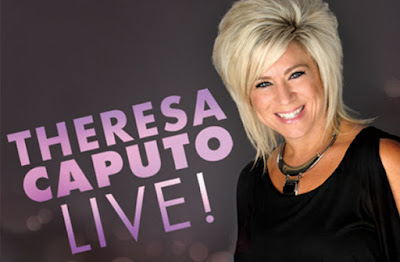 Theresa Caputo, the Long Island Medium and New York Times Best-selling author, brought her solo show to the Agua Caliente Casino in Rancho Mirage. Bryan, a never-miss-a-show Caputo fan, wanted to go. I jumped at the chance to join him, even though I’ve never seen Caputo’s reality show.

Bryan’s high expectations worried me. My work as a professional shaman involves a strong psychic element. The theater at the Agua Caliente Casino holds about two thousand people and was nearly sold out for Caputo’s show. I couldn’t imagine how (or why, other than for fame and fortune) Caputo would open herself to such a huge bombardment of spirits.

From the outset, Caputo set the strong intention that the evening would be about healing. I know from my own work that she was drawing a line in the psychic sand that only spirits of love and light could cross. Judging from the hopeful and often grief-stricken faces in the audience, that left about two thousand summoned spirits clamoring for attention.

Who to Read First?

Caputo initially focused on parents whose children had died. This immediately built audience empathy. It also introduced the concept of “piggybacking.” Mediums/shamans do not believe in coincidences. Throughout the show, strangers with similar situations found themselves sitting near each other: Two sets of parents who had lost their twenty-two year old sons. Three families whose loved ones had died in a parking lot. Etc. This allowed Caputo to piggyback similar messages.

One of my Facebook followers asked if I had felt the experience was authentic. Based on my own psychic experience, much of what Caputo said and did rang true:

·      Spirits do communicate through signs and symbols meaningful to the medium. I have a Master’s Degree in Art History. For me, if a mother figure appears from the Other Side, the spirit will cue me by showing me my own mother (who is still very much alive), or a Mary Cassatt mother and child painting. Caputo, who wore some serious bling, mentioned symbols such as a wedding ring to indicate a husband spirit, and a promise ring to indicate a boyfriend spirit.

·      The use of generalities, (“Who has lost a child?”) bring out the doubters. But the show was sprinkled with many correct specific details. A son was nicknamed Ry-Ry. A mother was buried with her white purse. Another woman had been murdered by her boyfriend, who had moved her body. 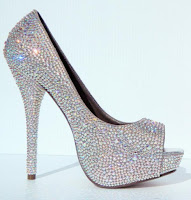 As Theresa Caputo often mentioned, the kind of work she does is difficult. Successfully handling a theater full of people — many of whom are in a fragile state and begging for her attention — is an art in itself. To do it for two hours while spirits pressed in behind her, equally anxious to make contact, is a herculean feat. The fact that she did it all in crystal (diamond?) embedded platform pumps was amazing.

Bryan was slightly disappointed by the experience, but I was impressed. Theresa Caputo succeeded in her intention of healing. And for most audience members, that was worth the steep price of admission.