Viking For Hire - A Novella by Jo Grafford

Novellas and short stories are perfect reads for busy people. This one from my conference buddy, Jo Grafford, looks like fun! Magic, witches, and Vikings - how can we resist?

VIKING FOR HIRE
A novella by Jo Grafford 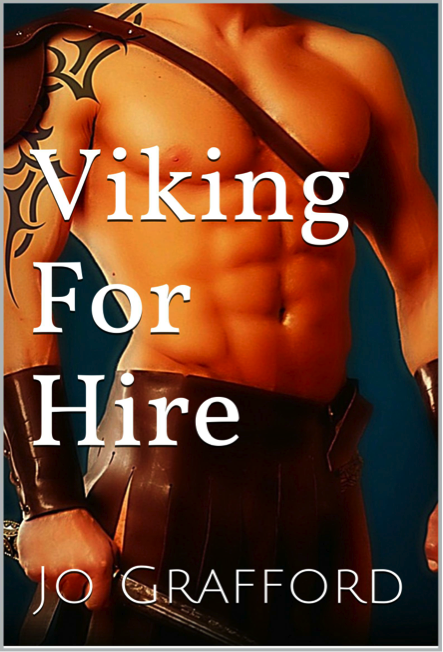 Blurb:
Branwyn O’Tyre’s estranged brother summons her for a healing ritual. Fearing he actually plans to arrest her for witchcraft, she drinks a protection potion before he arrives.

Eirik, a Viking sea captain pretending slumber in the tavern corner, witnesses Branwyn’s magic and offers her safe passage from Exeter if she will reverse a curse that plagues him. Alas, every woman who touches him falls madly but falsely in love with him.

There’s only one hitch: If she fails, Branwyn’s heart will fall prey to the same madness...forever!

Quote:
“If you wish to indulge in games, at least choose one that gives me equal pleasure. By Thor, I’ve been long without a woman.”
VIKING FOR HIRE by Jo Grafford 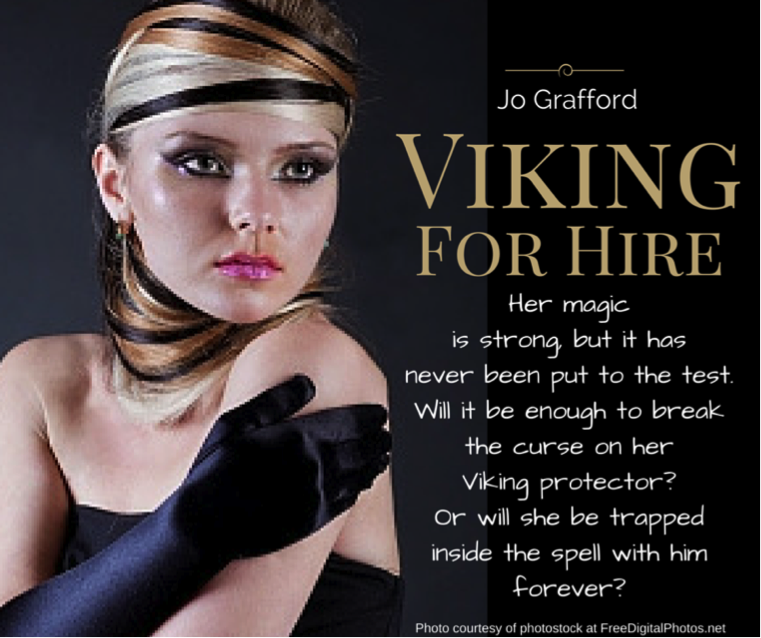 Excerpt #1:
Two of the knights separated themselves from the group and rushed forward. Alas, the one on the left slipped on a puddle of ale and crashed into his comrade. Their helmets collided with a dull clanking sound that made Branwyn wince. Then they crumpled to the floor.
The Viking stranger emitted a muffled guffaw and appraised her carefully. “Methinks I can guess the nature of the potion now. Come, lass. ’Tis getting late. We’d best be on our way.” The rogue actually crooked an arm at her as if preparing for a stroll in the park.
Branwyn could only gape.
With a sigh of resignation, he reached down 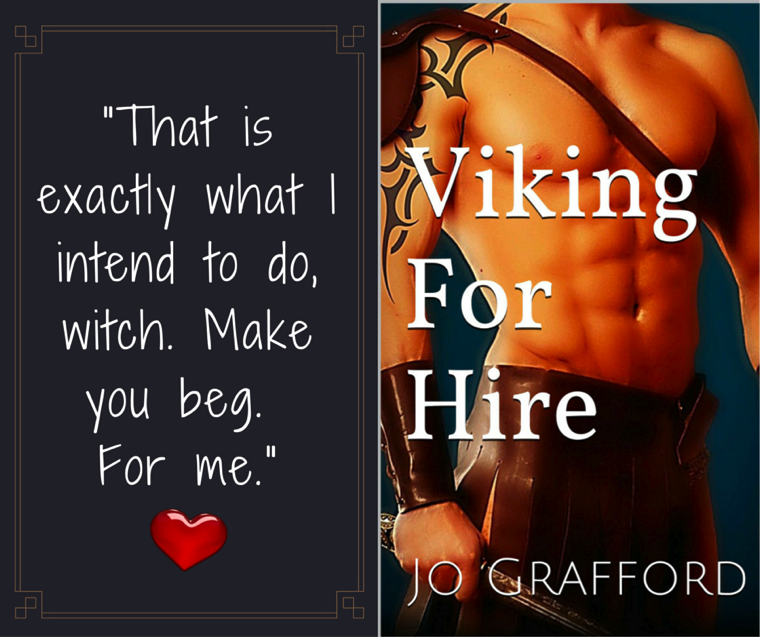 to clasp her hand and drew it through his arm. She gasped as a powerful awareness sizzled through her. ‘Twas sharp and immediate, stopping just sort of pain. Branwyn’s shocked gaze locked with the stranger’s. When the clarity of his blue gaze took on a slightly dazed sheen, she realized he felt it, too.
Lord help her, but she was instantly drawn to his scent — a mixture of smoke and salt and mystery — as well as his strength. The pulse of his heart, the hum of blood through his veins, the aura of power and danger surrounding him. The air around them fairly crackled with the potency of their contact as skin brushed over skin.
Alarmed, Branwyn tried to tug her hand free, but the stranger clamped his arm tighter to his side, imprisoning her. She nearly cried out from the sensations flooding her. Light. Heat. Joy.
“Pray forgive the liberties I take with ye, lass,” he muttered in her ear. His breath on her lobe brought her just shy of the point of collapsing. “I will explain as soon as we are clear of this arse.” He steered her towards the door.

Excerpt #2:
“Call yourself whatever you will, Branwyn. Your powers do not scare me. In truth, I sought you out a-purpose in the hopes you would heal me from the effects of a spell. ‘Twas cast on me by a most wretched sorceress.”
Fearing another trap, Branwyn stared at the ground. “Methinks you mistake me for another. I am naught but a lowly healer, cast off by an overzealous brother in a fit of religious fervor. Wh-why do you ask me such things, m’lord?”
“Very well,” Eirik snapped and dropped her wand back into the sack. “If you wish to indulge in games, at least choose one that gives me equal pleasure. By Thor, I’ve been long without a woman.” He closed the distance between them and hauled her into his lap.

About Jo:
Jo writes high stakes romance. Her favorite books contain layers of intrigue with alpha heroes and strong-minded heroines who are willing to risk it all for love. 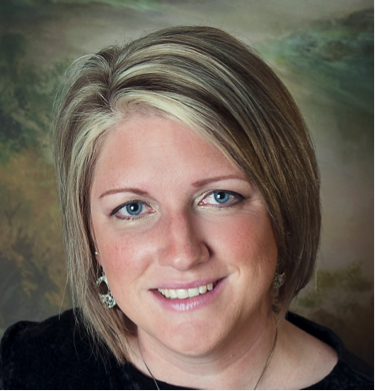 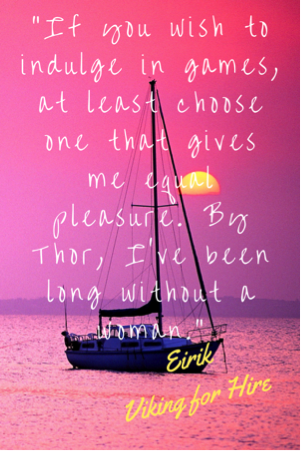