I fell in love with this title when fellow Clean Reads author Nancy Brandt
first showed a promo picture of a piglet wearing a tiara.
If you love magic, historical romances, and alternate kingdoms, you'll love 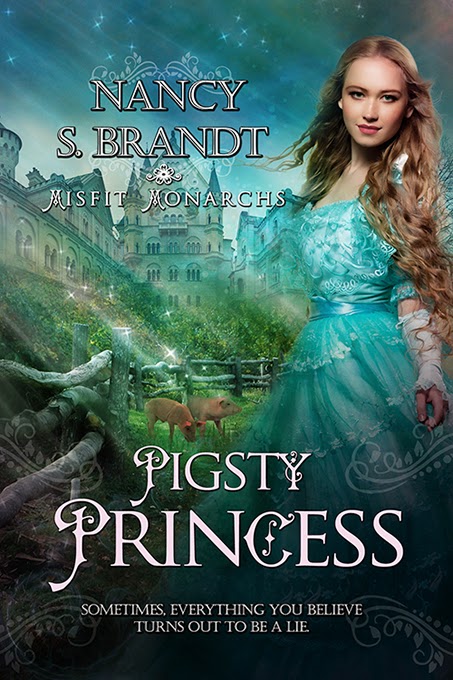 In a country where Elemental Sensitivities determine a person's place in society, Mariana, fourth child of King Jonathan and Queen Alexandria, was born an Insensitive. She is given the made up title of Progenna, because she can't be in line for the throne and therefore, can't be a Princess. All her life, she is reminded that she isn't quite good enough. When her father decides she is to marry Pir Leo Valentine, an eighty-four year old man with a scar across his face that took his eye and only one hand, she runs away from the palace.

Orlando of Talla is a pig farmer and former soldier who served the King until he watched his Sovereign burn an entire harbor town rather than lose a battle. Now he tries to live a quiet life while leading a band a rebels who steal from the nobility to bring prisoners home from that war.

Orlando is also the bastard son of a nobleman, and therefore, he has a Sensitivity, one of Blood that allows him to feel the Sensitivities of others.

He finds the injured Progenna in the forest and immediately realizes that the stories about Mariana aren't true. Rather than being an Insensitive, Mariana may be the most powerful Sensitive in Valborough.

Mariana sniffled. “He said I was a commoner, and that I’m not Father’s daughter by blood.”

Ramone sighed and shook his head. “Gossip only. Not even worthy of the servants, and for it to come out of the mouth of a Rieravo and a Presumptive…I am surprised he would suggest that out loud to you.”

She adjusted herself so she was off her brother’s lap and faced him. “Ramone, what if what Darius said is right? What if Father isn’t…my father? No nobleman will ever want to marry me if that’s true.”

“First of all, it’s not true, and second, even if it were, Father has claimed you as his daughter. He will take care of you.”

It didn’t make her feel any better.

“You mean he’ll force someone into marrying me.” She got off the loveseat and went over to sit at her mother’s writing desk. Picking up one of the quills, she glanced at her brother in the mirror.

“It might not be like that,” he said after a moment of silence. “There must be some man who doesn’t care about bonding. Someone who will be content with having only his own magic.”

She spun around to stare at him. “Name one person you have ever heard of, male or female, who was willing to throw away the potential power of their Sensitivities to bond to someone with nothing. What do your history and peerage books say about that?”

He said nothing, but he didn’t meet her eyes.

Mariana nodded. “Just as I thought. I was stupid to think being a Proge…the daughter of the King would be enough. No one with any Sensitivities wants to wed someone they can’t bond with. I wish Mother and Father would have prepared me for this.”

“What could they have done, Mariana?” He walked over to her and, taking her hands, brought her to her feet. “You are special, one of a kind. You are my beautiful baby sister.”

“But I’m not like the rest of you. Father and Mother are strong Sensitives. By definition, Father is the strongest in the kingdom. You, Liliana, and Ursula have sensitivities in three areas.. Me? You know what the Abilities Master said when I finished my testing.”

“Do you remember? Father came out of his meeting with Kylan and said, ‘It is as we thought.’ Mother cried.”

He took her in his arms. “She loves you. She was crying because she knew your life would be harder because of this.”

“Was that it?” she asked. “Did Mother cry because I don’t have any Sensitivities or because Father found out about my true parentage? I have to know if I am a Princess in truth or just the result of some mistake Mother made.” 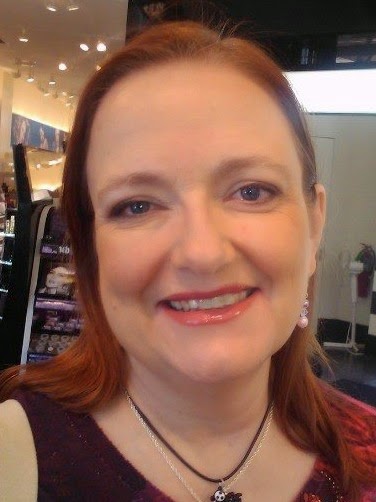 Author Bio:
Nancy S. Brandt is a stay-at-home mother of two children, a daughter, 25, who is an appointment's clerk at an orthopedic clinic and an editor and book reviewer; and a son, 12, who studies karate, and wants to be either an historian or an artist. Nancy's husband, Steven, is also an author and an adjunct professor of computer science at Louisiana State University.

In about sixth grade, an English teacher gave an assignment to write a descriptive essay. Nancy's was all about a wonderful cave filled with diamonds, emeralds and other precious gems. From that experience, she walked into every English class hoping to get to write something, and she learned three things:

1. The difference between stalactite and stalagmite,
2. That fantasy was probably the genre she should concentrate on, and
3. Never end a story with "It was all a dream."

Nancy is a kidney transplant recipient (her husband was her living donor), a thyroid cancer survivor, and an Army veteran. She is currently working on the sequel to Pigsty Princess, called Questionable Queen.